Armenia. Acting Prime Minister Nikol Pasjinian was appointed Chief Minister in January since his party alliance My step had gained his own majority in the December 2018 parliamentary elections.

In February, further corruption charges were brought against the detained former President Robert Kotjarjan. These were allegations that his former environment minister took bribes equivalent to about SEK 100 million. The minister himself was detained in his absence.

The trial against Kotjarjan began in May. He was accused of violating the constitution after the 2008 election and illegally ordered the security forces to use force against protesters who claimed electoral fraud. Eight protesters were killed.

Kotjarjan became free of bail, prompting Prime Minister Pasjinian to call for protests. Protesters gathered outside the courts and blocked the entrances. According to Pasjinian, the judiciary was under the influence of the old “corrupt regime” and he demanded the departure of several judges.

It caused a reaction in the Council of Europe, where reporters for Armenia urged the country’s leaders not to exert pressure on the judiciary. The trial against Kotjarjan resumed later in the year.

In May, Armenia received a promise from the International Monetary Fund (IMF) on a three-year standing loan of close to $ 250 million for structural reforms and improvements to the business climate. The country’s GDP had increased just over 5% last year – a slowdown in growth.

In August, the government agreed to gold mining in eastern Armenia, where locals have long blocked a mining project with protests in concern for environmental damage.

In September, the world’s largest Yazidic temple was opened in the city of Aknalich in western Armenia. About 35,000 Yazidis live in Armenia and are the largest ethnic minority in the country.

The Eurasian Economic Union held a summit in October in the capital Yerevan. Prime Minister Pasjinian had talks with Russian Federation President Vladimir Putin, who was met by protesters.

Armenia is in conflict with Azerbaijan over the Armenian-backed Republic of Nagorno-Karabakh, which Prime Minister Pasjinian visited during the year. He said the region was “Armenian” and led the crowd in shouting for the unification of Nagorno-Karabakh and Armenia. Azerbaijan called the speech “aggressive” and accused the Armenian leader of provoking tensions in the area and sabotaging international mediation attempts.

Former President Serzh Sargsyan was indicted in December for embezzlement, which he denied. 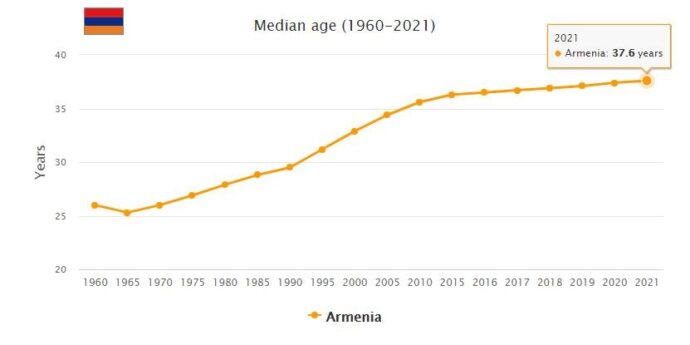