Bahamas. On September 1, the tropical cyclone Dorian pulled in over the northwestern Bahamas with very strong winds – mostly with a strength of up to 90 m/s. The wind whipped up near 7-meter-high waves that swept buildings and laid large areas under water, including the Grand Bahama International Airport in Freeport. 70,000 people were then in need of relief. By mid-October, the official death toll was 65 people and over 280 were missing. The material costs were estimated at US $ 7 million, making Dorian the worst weather in history in the country.

In June, 82-year-old Cornelius A. Smith took over as new Governor General. He has previously been Minister of Transport and Bahamas Ambassador to the United States.

The Bahamas have a subtropical climate as they are cooled by the air systems of the North American continent. In summer the average temperature is around 28 ° C, in winter the warm Gulf Stream (water temperatures between 24 and 29 ° C) rarely lets the temperature drop below 20 ° C. The annual mean temperature is 26 ° C. Nevertheless, temperatures can occasionally drop below 10 ° C in winter. 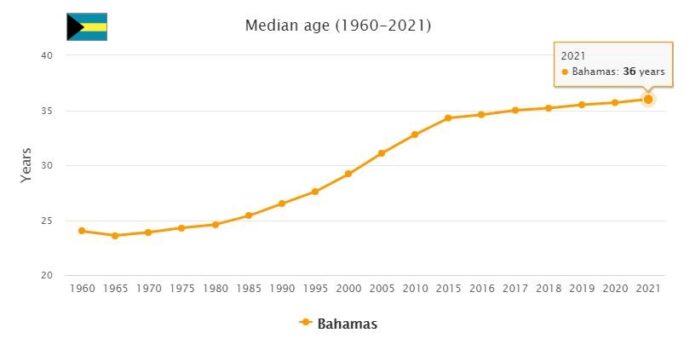