Belgium. Belgium got its first female prime minister at the end of October in Sophie Wilmès. She was previously Minister of Budget in the Transitional Government which came into being in December 2018, and she succeeded Charles Michel, who became President of the European Council on December 1.

At the May 26 parliamentary elections that would lead to a “normal” government, the separatist and anti-immigrant Flemish interest (VB) made a successful election and became the third largest party in the federal parliament in terms of mandates (from 3 to 18 seats). When it comes to the number of votes, it became the second largest party. Belgium’s Labor Party (PVDA/PTB), on the far left, went from 2 to 12 seats. The largest party became the right-wing party New Flemish Alliance (N-VA) with 25 seats, ahead of the Socialist Party, which got 20 seats; Prime Minister Charles Michel’s party The Reform Movement (MR) received 14 seats. Nevertheless, the party is given a government-forming function. If it has been difficult to form a government before the election, it did not get any easier after the election given VB: s success and given that the Belgian Parliament is represented by no less than twelve parties. Among other parties, the Walloon Environment Party received Ecolo 13 mandates, the Flemish Christian Democrats CD&V 12, the Flemish Liberal Open VLD 12, the Flemish Socialist Party SP-A 9, the Flemish Environmental Party Green 8, the Walloon Middle Party CDH 5 and the Social Liberal Defi. As expected, Belgium still had a transitional government at the end of the year.

Even at the EU elections, which took place on the same day, VB became the second largest party. The turnout was by far the highest in the EU, 88%.

In Belgium, too, schoolchildren strike young children. Since tens of thousands of students went on strike for four consecutive Thursdays during the winter, Flanders Environment Minister Joke Schauvliege said so negatively about the children’s actions that she was forced to resign in early February. The thousands of SMSs that had been sent to her calling for climate action were considered to be a security threat and that the children had been manipulated by various environmental groups.

The abducted King Albert II (King of the country 1993-2013) was forced to hand a DNA test – or pay € 5,000 a day if he did not – at the end of May in a paternity case involving a woman, Freemason Sybille de Sélys Longchamps, claimed that Albert was the father of her 48 year old daughter Delphine Boël. The then Prince Albert must have had an affair with the Freemason during the 1960s, but rumors of the so-called Boël business first began in 1999. In 2013, Albert II resigned and was succeeded by Philippe. It was only since he abdicated that the freemason chose to go to court, since Albert then lost his prosecution immunity. In October, the court announced that hearings with all involved will take place in February 2020. 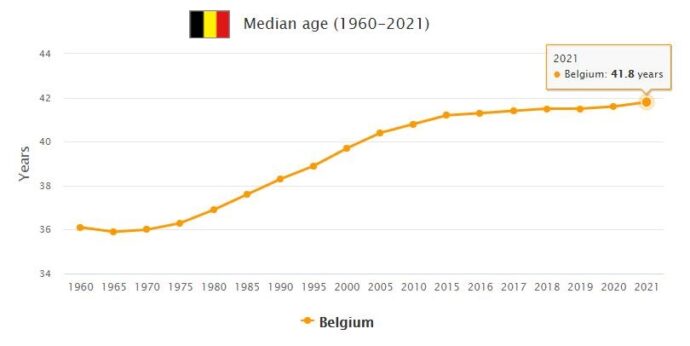