Bosnia and Herzegovina. It took four months after the October 2018 election before the upper house could be formed in February. Negotiations to form the Council of Ministers began in March, but it would take until August before the three major parties, representing Bosnian Serbs, Bosnian Croats and Bosniaks, could agree on an agreement on the conditions for a new central government. The problems of government formation in June led to the Council of Europe shutting down Bosnia and Herzegovina from the Parliamentary Assembly (PACE).

In March, the UN Court of Justice in The Hague sentenced former Bosnian Serb leader Radovan Karadžić to life imprisonment. His previous sentence in 2016 on 40 years in prison for war crimes during the Balkan War in the 1990s is now sharpened now. In September, the first pride parade in the country’s history was organized. Over 2,000 people participated – guarded, or protected, by 1,100 police officers.

In January 2005, for the first time, the Bosnian Serbian authorities handed over a war criminal suspect to the Hague Tribunal. It happened 10 days after the US blocked the transfer of $ 10 million. US $ in assistance.

In February 2006, the Council of Europe published a list of 5 European countries that had not published information on the CIA’s secret flights of prisoners of war. Bosnia and Herzegovina was one of these 5 countries. The CIA uses the secret flights to fly prisoners around secret torture centers around the world.

In June 2007, a report funded by the Norwegian government was published and conducted by a Bosnian NGO on deaths during the war in the country in the 1990’s. Acc. the report killed 97,200 Bosnians during the civil war. Of these, 65% are Bosnian Muslims, 25% are Bosnian Serbs and 8% are Bosnian Croats. The figure of 97,200 was only half of what had been operated until then.

In December 2009, the European Court of Human Rights issued a ruling in a case brought before the court by two Bosnians: Dervo Sejdić (a Romani) and Jakob Finci (a Jew). The order said that Bosnia and Herzegovina’s constitution and electoral law were in violation of human rights, as it alone recognizes 3 groups in the country: Bosniaks, Croats and Serbs. Even 5 years later, the country had not aligned its legislation with the Convention on Human Rights. In particular, this involved discrimination against the large Roma and Jewish minorities.

War criminal Ratko Mladić was arrested in a village in northern Serbia in May 2011 and tried in court in The Hague.

A wave of protests ran across the country in February 2014. It started in Tuzla where, at the turn of the century, the local government had sold a number of large state-owned businesses to private individuals. The deal was for them to invest, but instead they plundered the companies for values, failed to pay the workers their wages, and eventually completely shut down the companies. That caused unemployment to rise further. It was already 27-47% besides the country. The protesters demanded from local politicians that they, as those responsible for the privatizations, step in and pay compensation for layoffs and pensions that had been missing. The demonstrations developed violently over the course of a few days as protesters tried to storm the Tuzla government building. The demonstrations against unemployment and the government’s failed economic policies then spread to all major cities in the country. The demonstrations meant that the prime ministers in 4 of the country’s cantons resigned, but the protesters’ demands remained unanswered. During the spring, the demonstrations ran out into the sand.

In October 2015, the country held parliamentary and presidential elections. The parliamentary elections were won by Izetbegović’s SDA, which received 10 seats – an increase of 3; SNSD went back 2 mandates and got 6, while SDS went 1 ahead and got 5. The remaining mandates went to 9 smaller parties. In the parliamentary elections, 3 – 1 had to be elected for each of the ethnic groups. The Bosnians chose Bakir Izetbegović, the Croats chose Dragan Čović; the Serbs chose Mladen Ivanić. If the spring protest movement could be read, it was in the form of a right slide. The multi-ethnic social democracy SDP lost 5 seats, while the religiously conservative SDA advanced 3.

In February 2016, Bosnia and Herzegovina applied for admission to the EU. The application was approved by the EU in September, after which the preparations for admission were initiated. 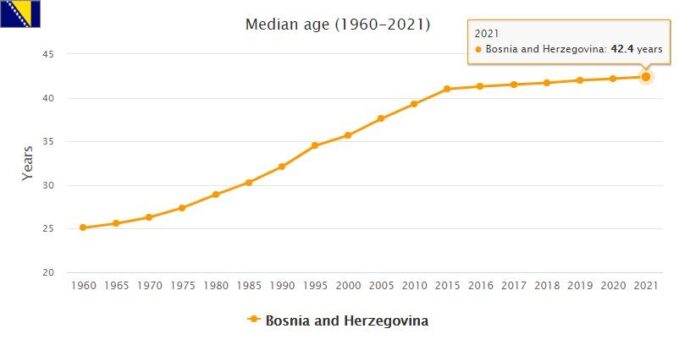