Brazil. After more than a year and a half in prison, former President Lula da Silva (2003-10) was released on November 8. However, the success for him and his followers was to some extent illusory. The Supreme Court’s decision the day before, with the vote numbers 6–5, was that Lula was jailed in April 2018 on insufficient grounds because he had previously not been able to take advantage of all the opportunities for appeal. Thus, he was not released from charges, and the 2018 verdict on corruption is thus up to date, as is the ban until 2025 against candidacy for public office.

Brazil was hit by several environmental disasters during the year. The most internationally recognized was the extensive forest fires in the Amazon. By mid-September, it was clear that the fires were the most devastating in many years and hit important tourism and nature conservation areas, especially in the states of Pará, Mato Grosso and Acre, all of which declared emergency. President Jair Bolsonaro and the government were criticized for not doing enough of the situation and on nationalist grounds to oppose foreign aid. Instead, governors from all the states concerned contacted international players on their own initiative.

On January 25, a pond collapsed at an iron ore mine in Brumadinho in the state of Minas Gerais. Already after a week, it was clear that the death toll would exceed 100, more than in a similar accident in Mariana in November 2015. 13 million liters of poisoned water leaked into the Paraeopeba River, damaging both forest and wildlife. The mining company responsible, Vale do Rio Doce, was fined $ 94 million.

In addition, at the beginning of September, over one hundred beach areas totaling 2,000 kilometers in northeastern Brazil were affected by a large oil spill. Where the oil came from remained unclear; According to authorities, it probably originated from some leakage in an oil tanker, and Environment Minister Ricardo Salles hinted at Venezuela as origin.

The events of the year damaged the confidence of the already controversial President Bolsonaro, who was sworn into office January 1. In addition to criticism of his actions following the environmental disasters, people in both the government and Bolsonaro’s family were accused of corruption.

In March 2010, the Labor Party, PT, appointed Dilma Rousseff as the party’s presidential candidate. Lula was limited by the constitution to two presidential terms, and PT should therefore find a replacement for the fall elections. Rousseff is the daughter of a Bulgarian immigrant to Brazil and a schoolteacher. After the military coup in 1964, she entered the urban guerrilla fighting the dictatorship. In the Danish legal sense, therefore, she was a terrorist. In 1970-72, she was imprisoned and subjected to torture. During the 1st round of elections in October 2010, she got 46.91% of the vote and therefore had to run in a second round of elections with Social Democrat José Serra as a candidate. In the second round, she gained 56.05% and was therefore able to take over the presidential post on January 1, 2011 – the first woman and the first economist to post in the country’s history. But at the same time a different educational background than the popular Lula, who was a metal worker.

Rousseff invited several political prisoners at her inmate with whom she had been imprisoned in the 1970’s.

In 2012, Parliament passed an amendment to the Constitution, which opened for land confiscation if it is found that landlords employ slave labor.

The fight for the earth remains high on the agenda in many states. In Mato Grosso do Sul, members of the Guarani-Kaiowá tribe were displaced from their land in August 2012, and their leaders were subsequently threatened, abducted and fired. Despite the country’s development, there are still many areas, far from the central power, where the landlord and his gunmen are the “law”.

Despite 10 years of PT governments, Brazil remained one of the world’s most violent countries – a consequence of the huge class divisions in the country. The country ranks 5th in the world in terms of dollar billions – ahead of countries such as the UK and Japan. In 2012, 1890 Brazilians were “killed during police operations”, equivalent to 5 a day. In its reports, police almost always refer to the murders as “shootings with criminals,” while human rights organizations can report that the innocent and unarmed are often killed. However, the Brazilian police cover-up of their crimes does not differ from similar cover-ups in e.g. USA and Denmark. In 2013, however, the state of Säo Paulo got enough of the police brutality and banned the police from removing the victims from the murder sites. The measure had immediate effect, as the number of police killings dropped by 34% in the first 6 months of the year compared to the same period the previous year. However, the basic problem remains. The police often falsify evidence, or let the evidence disappear, and the authority to investigate the criminal activities of the police is understaffed and underfunded.

Rousseff was one of Brazil’s most popular presidents. A March 2013 survey found that 63% of Brazilians support her government and 79% support her personally. This is especially attributed to her efforts for the country’s poorest. During her time, energy taxes were lowered and a number of basic foods were exempt from VAT.

In June 2013, demonstrations broke out in Sao Paolo. Initially aimed at price increases on public transport, but as security forces cracked down on the protesters, they spread geographically and politically. Other Brazilian cities joined in the protests and the protests focused on the huge infrastructure projects related to hosting the World Cup in Brazil in 2014. The corruption was also demonstrated against. Young Western journalists with no knowledge of history or Latin America believed that the protests were an expression of “the Arab Spring had spread to Brazil”. They overlooked that the Brazilian protests were not directed at Western-backed autocratic regimes such as the Middle East, but at specific political actions by mayors or governors. The demonstrations culminated in the middle of the month as hundreds of thousands were on the streets across the country. On June 24, Rousseff met with leaders of the protests and pledged to allocate $ 50 billion Reals for improved public transport, health care and education.

In July 2013, British journalist Glenn Greenwald wrote about US Internet espionage targeting Brazil, revealing that the country was one of the biggest targets of NSA espionage. On September 1, it was revealed that espionage was aimed directly at President Rousseff, her advisers and ministers, who had phones intercepted and emails intercepted. The revelations triggered a serious diplomatic crisis between the two countries. US Ambassador Thomas Shannon was called to the Foreign Office to explain the superpower’s actions and explained that the interceptions in Brazil were a totally unacceptable violation of Brazil’s sovereignty. A few days later, Rousseff canceled an otherwise scheduled state visit to the United States in protest. On September 24, Rousseff spoke at the UN General Assembly and used his speech to condemn the United States’. 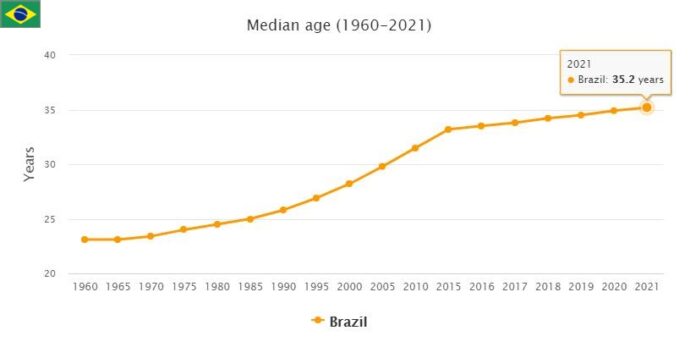