Chile. In mid-October, the largest protest storm seen in Chile since democracy was reintroduced in 1990. The protests were led primarily by young people and initially concerned the increase in public transport charges in the capital Santiago.

President Sebastián Piñera was obviously surprised by the development of the event and soon withdrew the decision to raise prices and reform the government. But the protests continued and were now driven by dissatisfaction with the socio-economic situation in general in Chile, which despite a relatively high degree of political stability and favorable economic development is one of Latin America’s most unequal countries. The demonstrations were met by increasingly violent response from police and military, and at least 23 people were killed in the confrontations, hundreds injured and more than 9,000 arrested across the country. Especially the military’s actions were upset because the scenes reminded them of the military coup in 1973. The situation in the country forced President Piñera to suspend both APEC:

Two weeks after the protests began, Piñera pledged to launch a social agenda to reduce income gaps through increased pensions, reduced health care costs and a more progressive tax system. He also defended the military summons to help the police maintain the order, but admitted that abuse may have been committed. The protesters and political opposition instead demanded Piñera’s resignation and a new constitution replacing the neo-liberal constitution that the dictator Augusto Pinochet (1973-90) created in 1980. In mid-November, then-Interior Minister Gonzalo Blumel announced that a Constituent Assembly will make a draft to a new constitution that will be subject to a referendum in April 2020.

Chile’s former army chief, Juan Emilio Cheyre, was sentenced in November to three years’ house arrest for his co-responsibility in the murders of 15 Chileans during the first months of the military dictatorship in 1973. the heinous crimes of the military during the dictatorship. During the dictatorship he was attached to the Caravan of Death, a military command that traveled through Chile and on its way murdered members of the left. So far, more than 1,000 officers and soldiers have been convicted of their crimes during the dictatorship. Despite the reckoning with the past, the state’s suppression apparatus continues its ravages in the country. In mid-November, four former police officers shot 24-year-old Camilo Catrillanca in the back outside a small village in southern Chile. He was killed on the spot. Catrillanca was of the Mapuche people and grandson of a prominent Mapuch leader. The murder triggered extensive demonstrations. Tensions between the Mapuche people and the state increased dramatically when Interior Minister Piñera in June sent his so-called “jungle commands” to the area, equipped with tanks, helicopters and armored vehicles. One of the map leaders in Temucuicui, Jorge Huenchullán declared: “The police presence in our area has been steadily increasing, but jungle commands have brought new technology such as drones and amphibious vehicles to our homes. We Mapucher will be recognized as a people with territorial and political rights, not simply folklore. We are not the property of the state. We were here many centuries before the idea of ​​the state of Chile came into being ”.

Chile can be divided into five climatic zones from north to south: 1. desert zone, which is one of the driest areas on earth, 2. semi-desert with artificial irrigation, 3. rainy winters and dry hot summers in the Concepción / Illapel area, 4. abundant Precipitation in the area south of Concepción, 5. Southern Chile with high precipitation and cold climate. In the capital Santiago de Chile (central Chile) the January temperatures are 21 ° C (1mm precipitation) and the July temperatures 9 ° C (76mm precipitation). 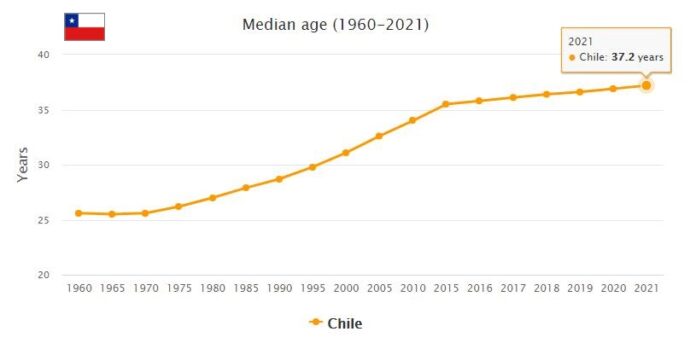