Copenhagen is a cheerfully lively city with a relaxed atmosphere, easy movement and memorable attractions. Even a short holiday in the colorful capital of Denmark will brighten up everyday life. Copenhagen is a destination for everyone – a particularly good holiday city for families with children. 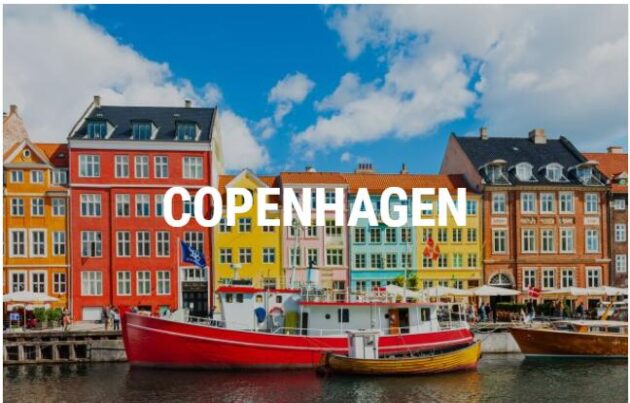 The many faces of Copenhagen

As in many other major cities, the different districts in Copenhagen have their own characteristics.

Most tourists spend their holidays in the city center, where the most famous attractions and the most attractive Shopping Spaces are bundled in a compact package.

The center of Copenhagen is green. A city tour can be combined with a refreshing visit to the green areas, of which Kongens Have Park and Churchillparken are the most famous. In the area of ​​the latter you will also find the Little Mermaid statue, which is the most famous attraction of the city.

The historic buildings and the picturesque Nyhavn harbor area provide a good counterbalance to the world-famous Tivoli.

In Nørrebro, on the other hand, you can feel the multiculturalism of Copenhagen. Numerous ethnic restaurants offer their delicacies at affordable downtown dining options. The atmosphere is immediate and colorful, and the district can be especially recommended for younger tourists.

The once infamous Vesterbro, on the other hand, is today the trendiest part of the city. There are numerous charming cafés, stylish bars and designer shops in the area. The old slaughterhouse area Kødby in particular is popular with young and trendy Danes when making evening plans.

Christiania, on the other hand, is known as a boohemian free city, but its special status has already been dismantled. Christiania’s reputation as an unnecessarily fast-paced neighborhood is perhaps a bit romanticized. However, in its diversity and original beauty, the area offers tourists an unforgettable and, despite warnings, quite a safe experience.

To Copenhagen in the summer or under Christmas

Among tourists, Copenhagen is at its most popular in July-August, when the average temperature fluctuates in its twenties. If you want to avoid the worst congestion, you should head to the Danish capital in the spring, when the climate is already pleasant.

If you want to explore the city’s attractions in peace, you should head to Copenhagen in the winter. The Danish winter is not particularly bleak from a Finnish perspective: mercury drops below zero quite infrequently. However, it is worth remembering that the sea breeze in Copenhagen is often freezing. A mild winter also means that snow mostly lands in Denmark as water and sleet.

However, under Christmas, candles and Christmas lights illuminate dark days, while mulled wine warms the sufferer of the cold. During Christmas, the city hosts several Christmas markets where the tourist can buy things like Christmas treats, knitwear or decorations.

Although Copenhagen is considered a prosperous and at the same time expensive place, it is also possible to shop cheaply. The selections in the city’s fine shopping malls, department stores and boutiques along the city’s pedestrian streets are great.

The city center is an easy and comfortable place to shop, and especially the cozy pedestrian street Strøget with its side streets offers almost anything. Along with it you will find both luxury and affordable fashion. By deviating from the side streets of Strøget, you will also find interesting secondhand boutiques.

Crafts and special design can be found especially in Nørrebro, whose Ravnsborggade, Sankt Hans Torv Square and Nansengade near Nørrebro Train Station are full of small boutiques. Nørrebro is also home to the city’s most famous market.

When you’re tired of shopping, you might want to grab a pastry from the city’s numerous bakeries. For example, as a coffee buddy, kanelsnegle, or “cinnamon slurry,” gives new impetus to the collapse of shops.

The old buildings in central Copenhagen are counterbalanced by newer Architectural creations, whose modern features color the feel of the waterfront in particular.

The stages of cultural performances are good examples of these buildings: the Royal Theater of Denmark and also the Royal Opera House, which hosts ballet, are spectacular masterpieces that will especially delight those traveling with a camera. The Royal Library, on the other hand, is aptly housed in a building called the Black Diamond.

Interesting housing solutions can also be explored near the port. The undulating futuristic Metropolis and Gemini buildings are reminiscent of a space station rather than a traditional home.

Located near the airport, Bella Sky Comwell Hotel consists of two towers leaning apart. Thanks to the slopes, you can admire the impressive landscape from every room of the largest hotel in the Nordic region.

THE BEST OF COPENHAGEN 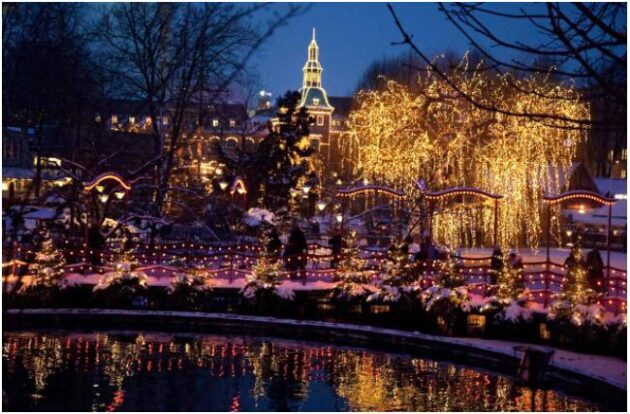 The most important game in Copenhagen is a bicycle.

The most popular attractions

The most spectacular buildings

The Most Interesting Districts