Colombia. A national general strike scheduled for November 21 was preceded by an increasingly general support for and an increasingly intense protest movement against the government. The strike was organized by the trade union organization Comando Nacional Unitario with support from student organizations and other social and political organizations. A major reason for the escalated discontent was the government’s handling of the increased violence in the province of Cauca in the southwest, the country’s poorest. Dissidents from the now pacified guerrilla group FARC (Colombia’s revolutionary and armed forces) have continued to be active there, as have other guerrilla groups and narcotics forces. President Iván Duque promised, during two visits to the province at the end of October-November, both an increased military presence of 2,500 men and social initiatives of the equivalent of $ 400 million.

The local elections on October 27 developed into a major defeat for the established parties. Claudia López Hernández of the Left Alliance The Green Alliance (AV), for example, won the mayor’s post in Bogotá. López Hernández, with a background as a journalist and former senator, thus became not only the capital’s first female mayor ever, but also the first openly gay mayor in the country’s history. In Medellín, the country’s second largest city, Daniel Quintero, who became known for his commitment to corruption, won the same support for anti-corruption activists in the election results in the cities of Cali and Cartagena. FARC ran in 16 cities but failed to win in anyone.

The most important indigenous people of Colombia are chibcha or “Muisca”, as they call themselves. They live in the northern part of the country and in present-day Panama.

In the years 1536-39, Spain conquered Colombia. Gonzalo Giménez de Quesada defeated the Chibcha people and founded Santa Fe de Bogotá, which from 1718 was the capital of the Viceroy of Nueva Granada. The population was subject to a work system that was a mere hidden form of slavery. After 300 years of colonial rule, most of the Native American population at the beginning of the 19th century had been eradicated.

The colonial lords developed an export-oriented production based on coffee, bananas, cotton and tobacco, which broke down the original production of potatoes, yuca, corn, wood and medicinal plants. As the indigenous population had succumbed to work on the Spaniards’ plantations, imports of slave labor from Africa began.

With the municipal rebellion in 1781, a longer process began, culminating in 1813, when Antonio Nariño proclaimed Cundinamarca’s independence. The process was marked by the struggle between, on the one hand, the centralists of Nariño, based on the bourgeoisie of cities and Europeans, and on the other, the federalists led by Camilo Torres, president of the Congress of the United Provinces and based on the popular sectors..

In 1816 Torres was defeated and executed by Pablo Morillo. Three years later, Simón Bolívar liberated the country from Venezuela and created the Greater Colombian Republic, consisting of the present Venezuela, Colombia, Ecuador and Panama. Local strife and pressure from the English side caused Venezuela and Ecuador to break free in 1829-30. Instead, the Republic of Nueva Granada was proclaimed, which in 1886 adopted the name Colombia.

President Uribe worked on two fronts to end the war in Colombia: On the one hand, he provided incentives for the demobilization of armed groups through the “Justice and Peace” process, on the other, the military attacks on the FARC guerrilla intensified. This partly contradictory strategy can be seen as the result of Uribe’s assessment of the FARC guerrilla as a terrorist organization, not as a political actor. In Uribe’s view, a military victory over the guerrillas was the only possible solution to the conflict.

In the fall of 2003, the right-wing paramilitary AUC initiated what was intended to be the disarmament and demobilization of its 33,000 soldiers by 2005. The process was institutionalized in 2005 with Law 975 of 2005 and is known as the “Justice and Peace” process. At this time, FARC and ELN mustered forces of over 20,000, including thousands of child soldiers.

The “justice and peace” process was extended in 2012 and is still ongoing. The process includes members of all illegal armed groups active in Colombia. It provides conditional amnesty and shorter prison sentences in exchange for confessing to abuse, voluntary disarmament and demobilization, and raising the victims. Demobilized people who had not committed serious human rights violations were given conditional amnesty, as well as being included in a reintegration process. The demobilized people who had committed human rights violations went into a special legal process that started with public confessions (known as ” version’s libres”»). The prison sentences for those found guilty by the Justice and Peace Court were from a minimum of five years to a maximum of eight years. In addition, a Commission for Resurrection and Reconciliation was established, and a working group working on the historical memory of the Civil War. The “justice and peace” process uses transitional justice tools, an approach used by countries that have previously had authoritarian rule or armed conflict, to deal with abuses committed in the past. The approach was also later adopted during the peace process with FARC.

An increasing number of FARC guerrillas and local leaders were arrested, killed or surrendered, partly against the promise of free leasing towards the end of the 2010s. The crushing of the FARC accelerated when former presidential candidate Ingrid Betancourt, along with 14 other hostages, were freed by government soldiers after over six years in captivity. This action strengthened President Uribe’s popularity and uncompromising line with the guerrillas. In the pursuit of guerrilla groups, Colombian military action across borders led to a diplomatic crisis in relations with neighboring Ecuador and Venezuela. 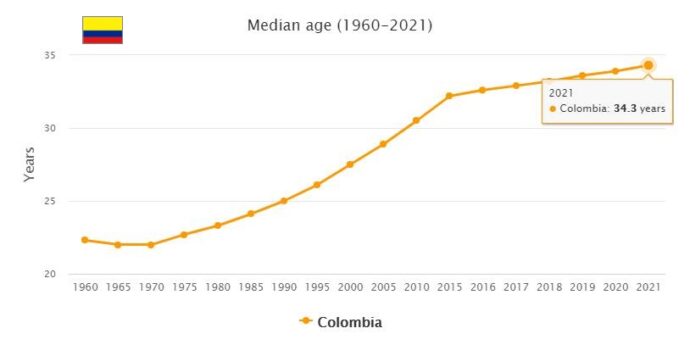