Cuba. The private enterprise, which has been greatly facilitated in recent years, suffered a defeat when the government introduced new rules restricting the opportunities to form so-called non-agricultural collectives (cooperativas no agropecuarias, CNA) created in 2013 to liberalize the Cuban economy. According to a government spokesman, while CNA has generated jobs and tax revenue and promoted economic efficiency, it has also led to “lack of discipline” that has “distorted the cooperative ideas”. The private sector is estimated to comprise 13% of the total workforce in Cuba.

At the same time, the government encourages foreign investment. On November 4, Havana’s International Trade Fair opened, featuring entrepreneurs from 55 countries. However, Trade Minister Rodrigo Malmierca’s opening speech was traditionally US critical. He referred to “complicated circumstances” and “a difficult situation” because of President Donald Trump’s tightening of the embargo on Cuba and sanctions on Venezuela, which has led to reduced oil imports and problems for the Cuban energy supply.

All in all, the year marked a certain return to ancient state-controlled economy and US hostility. Foreign policy also strengthened new ties with the Russian Federation, which President Miguel Díaz-Canel visited in late October to sign a series of cooperation agreements.

The country was hit in early September by Hurricane Gustav, which sent 1.2 million. Cubans fleeing from the western part of the country. On the mainland and Isla de Juventud, about 120,000 houses were destroyed and the damage cost several billion US dollars.

In March 2009, Castro transformed his government and sent 10 ministers out into the cold. The most prominent were Foreign Minister Felipe Pérez Roque and the President of the Council, Carlos Lage Dávila. Castro accused Roque of being power-hungry and further removed him from the party’s Central Committee, the Politburo, the State Council and Parliament. After the extensive ministerial clash that cost some of the most prominent politicians their political lives, various theses were made about the cause. One thesis was that Castro should have wanted to remove political opponents, another that he wanted to remove politicians who stood in the way of economic reform or who had a stake in the economic problems the country was facing.

In June 2009, the OAS passed a resolution removing the ban on the inclusion of Cuba in the organization. The United States had for almost 50 years used the OAS as a political weapon against Cuba. But Cuba responded to the changed winds by declaring that Cuba was not interested in admission. In the previous 20 years, Latin America had formed a large number of new cooperation forums that were of much greater interest to Cuba. First of all, ALBA. By the end of 2012, 30,000 Cuban doctors in Venezuela were working in an oil for health program. In 2013, Venezuela supplied 110,000 barrels of oil daily to Cuba.

In 2009, the CIA and US Aid launched an attempt to infiltrate the Cuban communications structure. A few years ago, Raúl Castro had given the Cubans access to mobile telephony. The US idea was to build secret social networks linked through SMS that could be activated to conduct “smart-mobs” and protest campaigns against the Cuban state. It started with the US accidentally grabbing the numbers of 500,000 mobile phones. Through a wealth of drawer companies in tax havens and European countries, the superpower went on to build ZunZuneo, which should function as a heavily scaled-down version of twitter. Initially, it was to be built as a social network, so it avoided the Cuban authorities’ attention, and then the United States would begin to use it politically by sending text messages with political content. In 2012, they reached, 40-50,000 had connected on ZunZuneo. Each one could have up to 1000 “friends” on ZunZuneo, who could automatically receive text messages from the sender. The operation of the network cost many hundreds of thousands of US $, which had to be paid to the Cuban state to send the SMS. However, the US never managed to use the network politically. In 2012, operations began to defer. Maybe because the Cubans had figured out the project. Maybe because it was expensive and gave no political results. Eventually it went offline. The Cubans who had been affiliated with the network were mildly surprised that it had been a North American intelligence project.

Haiti was hit in January 2010 by a severe earthquake. The United States responded by sending soldiers to the country. Cuba sent doctors and nurses who could treat the hundreds of thousands wounded.

In September 2010, the government announced that up to DKK 1 million public servants would be fired over the following 18 months to reduce the public finances and strengthen the private sector. 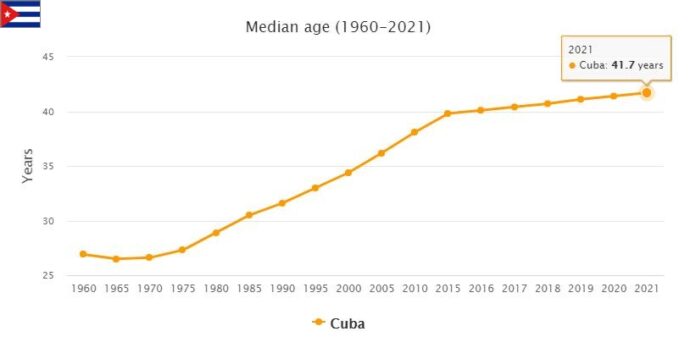