France. The Yellow West continued its extensive protests during the winter. What began as a protest against increased gasoline taxes grew into a general dissatisfaction with President Emmanuel Macron. In early January, 50,000 people demonstrated in Paris; with the help of a forklift, they tried to get into the Ministry of the Interior. After new Saturday protests a week later, President Macron vowed to listen to the people’s complaint through a so-called public consultation. It was a debate in which a number of different issues were raised, not only tax issues but also environmental issues and immigration. The debate took place in mid-January. Apparently that didn’t help until next Saturday, the protests continued. However, on January 26, the Yellow West was met by a new group, the Red Scarves, who, with their 10,000 followers, protested against the Violence of the Yellow West. See clothingexpress.org for visa to France.

The Yellow West movement, however, seemed increasingly divided; one phalanx wanted to continue the violent protests while another wanted to act politically, including by running in the EU elections. In response to the Yellow West’s extensive protests, Finance Minister Bruno Le Maire promised in September to lower taxes in next year’s budget by over SEK 100 million. But it was not only the protests that led to the tax cuts, the slowdown in the global economy was also crucial to being able to “encourage investment and increase consumption”.

A general strike, involving 800,000 Frenchmen, broke out in early December. The reason for the strike was the dissatisfaction with a pension reform that would mean that the state portion of pensions is determined by a points system. According to critics, this would result in lower pensions and a higher age to receive full pension. According to the OECD, France has the world’s most expensive pension system. But the dissatisfaction was more than just pensions; it was a major dissatisfaction with the government. An opinion poll showed that the strike was supported by nearly 70 percent of the French. What struck the country most noticeably was that up to 40% of the high-speed and regional trains were canceled. The strike continued throughout the month and was not over by the end of the year.

At the EU election on 26 May, Marine Le Pen’s right-wing National Collection became the largest party with just over 23% of the vote. President Macron’s Republic on the road together with the Democratic movement gained almost 22.5%, followed by Europe Ecology/The Greens who gained 13.5%. Republicans made a very poor choice and got only 8.5%; Party leader Laurent Wauquiez therefore resigned shortly after the election. At the 2014 European elections, the party received 21% of the vote. The turnout was 50.1%.

A minor diplomatic crisis arose in February after Italy’s Deputy Prime Minister Luigi Di Maio urged the EU to impose sanctions on France for “its colonial policies in Africa”. What got the goblet over, however, was that Di Maio met representatives of the Yellow West in early February and expressed their sympathies for them. France called its ambassador from Rome. It all settled a week later after a telephone conversation between President Macron and his Italian colleague Sergio Mattarella. The French ambassador was shortly thereafter sent back to the Italian capital.

On April 15, the Gothic cathedral Notre-Dame in Paris was hit by a heavy fire. The fire, which began in the cathedral’s main spire, probably originated in the renovation work in progress. However, the main structure and the two towers, as well as the majority of relics and priceless works, survived, including a piece of Jesus’ crown of thorns and a nail and a piece from the wooden cross of Jesus. The 13 ton heavy bell also managed, as did the large organ with 8,000 pipes. However, during the evening, the cathedral’s main spire collapsed.

Nearly 1,500 people died during the summer’s two extensive heat waves due to the extremely high temperatures. At the end of June, a new heat record of 46 degrees was struck. However, the country’s health minister Agnès Buzyn could announce that as a number of precautions had been taken, the number of heat-related deaths was significantly lower than in 2003, when 15,000 people died.

In late September, former President Jacques Chirac, 86 years old, passed away. He was president in 1995-2007 and introduced France into the euro in 1999 and made sure to shorten the president’s term of office from seven to five years. 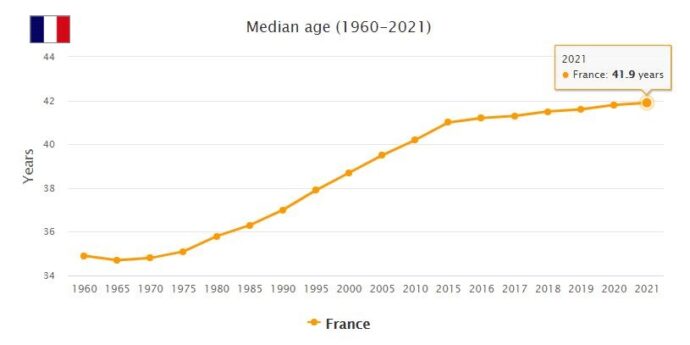