Gabon. The military struck down a coup attempt on January 7 in which a group of soldiers tried to exploit the power vacuum after President Ali Ben Bongo suffered a stroke in October 2018 during a visit to Saudi Arabia. Bongo, who stayed in Morocco for aftercare, returned in March.

The President rarely appeared in public and his appearances were heavily regulated. A recorded TV talk was broadcast on June 8 on the 10th anniversary of Omar Ali Bongo’s death. In August, Bongo was seen walking in a ceremony in connection with Independence Day.

During the year, some members of the opposition and individual organizations tried to obtain court orders that Bongo should be examined to determine if he was healthy enough to rule, but two courts rejected the claim.

Bongo said in a newspaper interview in October in connection with his 10th anniversary as president that he wanted to continue in office and promised economic reforms and to fight corruption.

In October, the International Monetary Fund (IMF) projected GDP to grow by 3.4% compared to 0.8% in 2018. This was attributed to good development in the oil, mining and timber industries. Oil still accounts for almost half of GDP and 80% of export earnings.

The government was reformed in June in the wake of a smuggling scandal with hardwood. The vice president and the forest minister were dismissed.

In September, Norway signed an agreement in which Gabon would receive $ 150 million over a ten-year period in exchange for protecting the rainforest, which covers almost 90% of the country. Similar agreements have been signed with Indonesia and Guyana, among others. 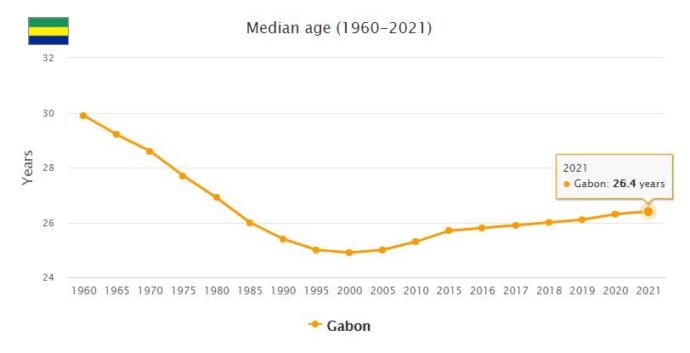