The Gambia. The legacy of former dictator Yahya Jammeh continued to characterize the country. In January, a commission began its work investigating abuses, including murder and torture, during Jammeh’s long tenure in power. The approximately one thousand hearings to be held will be broadcast via Facebook. The investigation is expected to be completed in October 2020. The Commission, which consists of eleven members, has the right to recommend that a person be prosecuted and if damages be granted.

In March, a state investigation was presented in which it was found that Jammeh plundered the country at US $ 362 million. In order to recover parts of this huge sum, some confiscated luxury cars and aircraft have been sold. In September it was announced that the Gambian government intends to prosecute the former president of theft and corruption. Yahya Jammeh has been in exile in Equatorial Guinea since 2017.

Jammeh’s successor Adama Barrow has previously said that he would only sit in power for three years and then announce new elections and then return to his business. However, he has shown signs of wanting to back away from this promise. Among other things, he has formed the organization President Barrow’s youth movement for national development, which is interpreted by some as a step towards forming a political party. In March, Barrow dismissed Vice President Ousainou Darboe and two ministers on heavy duty posts. Thus, the United Democratic Party did not have any ministerial posts, despite the fact that the party in the 2017 elections captured 31 of 58 seats in the parliament and thus was by far the largest. 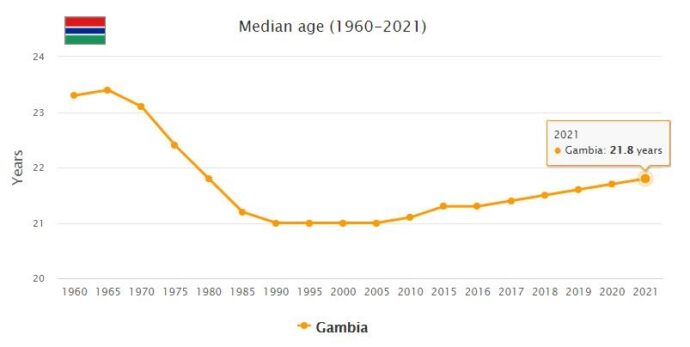