Greece. Prime Minister Alexis Tsipra’s popularity dropped during the year. In January, he managed fairly well in a vote of confidence, which came about on Tsipra’s own initiative since Defense Minister Panagioti’s “Panos” Kammenos and some other right-wing Ministers of Independent Greeks chose to quit government cooperation, which led to Tsipras losing the majority in parliament. He passed the vote by only three votes – 151 against 148 (out of 300; one member absent). The reason why Kammenos resigned was his opposition to the Macedonian name change (see below).

Even at the local and regional elections that took place partly in connection with the EU elections and partly a week later, New Democracy achieved great success. For example, they won in twelve of the 13 Greek regions.

When Tsipras and his left party Syriza suffered a stinging defeat in the European elections on May 26, he chose to announce new elections July 7 – Conservative New Democracy gained 33.1% of the vote against Syriza’s 23.8%. At the new election came the next defeat: 39.9% for New Democracy against 31.5% for Syriza. As the winning party gets 50 extra seats, this meant that New Democracy received 158 out of Parliament’s 300 seats. Syriza had to settle for 86. The hostile Golden Dawn continued to back down and ended up outside the Parliament with 2.9%. The turnout was 58%.

New Prime Minister became the party leader for New Democracy Kyriakos Mitsotakis, son of Konstantinos Mitsotakis, who led the party in 1984–93 and was the country’s prime minister in 1990–93. After the election, Mitsotakis presented a number of reforms, including lower corporate and property taxes.

Greece’s refugee problem continued during the year. The overcrowded camps, 70,000 refugees at the beginning of the year, mainly on the islands of Lesbos and Samos, created major problems. According to the Greeks themselves, the rest of the EU does not take responsibility for the distribution. In early September, hundreds of migrants from Lesbos to the northern part of the mainland began to evacuate due to the unsustainable situation. The influx of refugees to the Greek islands further increased as the situation for them in Turkey became increasingly difficult. Therefore, in late September, the Greek government announced its intention to send 10,000 migrants back to Turkey by the end of 2020. But after the Turkish invasion of Syria in October, these plans seemed to go away,

The port known to Swedish islanders in Piraeus outside Athens will probably be Europe’s largest in the future. Currently, the port is the seventh largest. In 2016, the state-owned Chinese shipping company Cosco bought a majority stake in the port to make Piraeus the most important transport hub between Asia and Europe by means of an investment of SEK 6 billion. According to the European Commission, Europe and China trade on average € 1 billion – a day. The ties between China and Greece have been strengthening in recent years, and in November, Chinese President Xi Jinping visited Greece to look at “his latest investment project”.

Athens began to subjugate all the surrounding settlements, so that the landscape of Attica approx. 700 BC was transformed into one major city-state with Athens as the political, cultural and economic center. The town’s “town hall” (Prytaneion) was located southeast of the Acropolis, but in the 500-t. the political center was moved to the area around the Agora northwest of the Acropolis.

Athens was plundered and destroyed by the Persians during their occupation of Attica in 480-479, and the entire city had to be rebuilt from the ground up after the Greek victory: first the city wall and then the Long Walls (457-444), which connected Athens with Piraeus and made the city a kind of island in Attica. When enemies occupied Attica, Athens could obtain supplies by sea and thus endure any siege as long as the Athenians had dominion over the sea. Under Pericles (462-429), Athens experienced its heyday and became the cultural and economic center of all of Greece, with grain imports and exports of goods not surpassed until Alexandria and Antioch. Athens’ population grew rapidly during the Peloponnesian War(431-404), when the people of Attica had to move in behind the city walls for long periods. But plague in 430-426 and famine during the siege in 405-404 drove away so many that the population at the end of the peace in 403 despite the large immigration from the country may even have been lower than at the beginning of the war. The fortifications of the Long Walls and Piraeus were demolished, but rebuilt in the 390’s.

The city experienced its next heyday in the years 338-322 BC. during the peace period under Lykurg’s financial management. His architect Filon was probably not as great an artist as Iktinos and Fidias the century before, but his buildings were almost even more grandiose: the large theater on the south slope of the Acropolis, the Arsenal and the shipyards of Piraeus, the rebuilding of the public meeting place on Pnyx etc. Athens is also the ancient university city with Plato’s school in the Academy, Aristotle ‘in Lykeion and Zeno’s in Stoa Poikile, from which his followers got the designation “the Stoics Athens retained its position as a city of culture until the end of antiquity, and Plato’s Academy was first closed under Emperor Justinian in 529 AD.

In Hellenistic times, Athens was besieged and occupied several times. The worst was when the Roman general Sulla after a year of siege in 86 BC. conquered Athens, plundered the city and destroyed many of its monuments, including The arsenal of Piraeus. Athens’ last heyday fell to Emperor Hadrian (117-138 AD); then it was just a small, somewhat stagnant university town. Athens’ third major destruction occurred in 267 AD, when the Germanic people the Heruls plundered Athens and gave the city such a crack that it did not turn it into antiquity.

Athens was partially rebuilt after the Germanic destruction, but the new city wall only covered the area immediately north of the Acropolis. There was then built large churches in the basilica, the temples were decorated churches and thus saved for posterity: Hefaistostemplet (Hephaisteion) was dedicated to Saint George, the Erechtheion and the Parthenon to the Virgin Mary. Olympieion was used as a quarry, and on top of its pillars lived pillar saints. From the 6th century Athens fell into disrepair, presumably in connection with the Slavic invasions of the Byzantine Empire, but from the ninth century the city received a revival and numerous small churches were built, some of which still exist: the Apostolic Church on the Agora, Kapnikarea from the 1000’s, Panagia Gorgoepikoos from approx. 1200 (today called The Little Cathedral) and Panagia Likodimu (today the Russian Church). At Imittos, the Kesariani monastery was built. The significance of Athens during this period is underlined by the fact that Emperor Basileios II in 1018 celebrated his victory over the Bulgarians in the Parthenon, Athens’ then cathedral. But in the late 12th century, Athens’ bishop, Michael Choniates, complained about the city’s decay, plague, and grain shortages.

In 1204, Athens was conquered by Frankish crusaders, and Othon and later his nephew Guy de la Roche became rulers of the Duchy of Athens, which included Attica and Boiotia. The Parthenon became a Catholic cathedral, and the Catholic bishop lived on the Acropolis while the dukes resided in Thebes. In 1311, Athens was conquered by Catalan mercenaries, who settled on the Acropolis and converted the Propylaea into housing. Constant wars in the area led to indebtedness, and as a result, Athens was taken over in 1385 by a banker from Florence, Nerio Acciaiuoli, who, as Duke of Athens, unleashed great construction activity and made the city flourish.

The city remained in the possession of the Acciaiuoli family until 1446, when the Byzantine emperor conquered it, but as early as 1456, the Ottomans occupied Athens, whose monuments they revered for their reputation. The Parthenon was converted into a mosque, and a minaret was built on the foundation of the bell tower; the commander lived in the Propylaea and had his harem in Erechtheion. Athens accommodated approx. 2000 houses, inhabited by Greeks, Turks, Albanians, Roma and Ethiopians, living in their respective neighborhoods. The Ottomans built mosques, baths, schools and water mains, and the Tower of the Winds was handed over to the dancing dervishes. Numerous churches and monasteries were built, also Catholic – among others. a Capuchin monastery at Lysicrates’ monument.

From the 17th century, travel descriptions and drawings show that many ancient monuments still stood intact; the destruction occurred during the Venetian Morosini’s attack in 1687, in which the Parthenon, which was a gunpowder chamber, was blown up. One of the Parthenon’s gable sculptures was smashed in Morosini’s attempt to take it with him, and instead he took from Piraeus (then called Porto Leone) the marble lion that now stands at the Arsenal in Venice.. Athens lay completely desolate for three years, but slowly Turks and Greeks returned and rebuilt the city. The marble from the shattered temples was used for the new city wall, and a mosque was built inside the ruins of the Parthenon. During this period, Athens had 2,200 houses, of which only one exists today, and approx. 130 churches. There were approx. 100 shops and cafes, and outside the city walls potters, tanners and soap manufacturers had their workshops.

Athens as the capital

By a decision of 1833 and again on 18 September 1834, Athens became the capital of the newly established Greek nation-state, and King Otto made his entrance on 1 December 1834, after which Athens was built as a modern metropolis by Greek and foreign architects, including the Danes Christian and Theophilus Hansen. Most of the existing churches were demolished, and a large-scale town plan was drawn up, but only partially implemented; the houses in the old town of Plaka and the wide streets in the center of Athens date from this period.

In its capacity as capital, Athens quickly became an administrative, cultural, and commercial center. Its population then grew considerably. In 1879 the town’s population was estimated at nearly 70,000; 20 years later to just over 125,000. As a result of the 1923 Lausanne Agreement on forced population exchange between Greece and Turkey, Athens had to accept approx. 230,000 refugees on a permanent basis. This came to characterize the development of the city to such an extent that it set boundaries in the development of modern Athens. The large refugee districts that arose around the city center quickly became an integral part of the city. The population exchange meant that the trade center in the eastern Mediterranean was moved from Asia Minor to the port city of Athens, Piraeus. The influx of refugees also provided Athens with ample and cheap labor as well as new expertise in trade and industry. This made Athens the most important center of Greece’s industrialization, which really took off in the interwar years. The German occupation of Greece 1941-1944 and the first post-war years hit Athens hard. Acute food shortages triggered famine in the winter of 1941-1942 resulting in thousands of deaths. Predation and looting also destroyed large parts of Athens’ economic infrastructure.

The post-war economic reconstruction and Greece’s strong economic growth in the 1950’s and 1960’s made Athens a target for violent immigration from rural areas and contributed to a chaotic expansion of the city, unplannedness and underdeveloped infrastructure.

Large foreign, often illegal, immigration has characterized the city since the 1980’s. EU membership and later increasing economic investment and prosperity increase since 1990 led to a substantial modernization of the city, not least in connection with the holding of the 2004 Olympic Games, but also new poverty for 1/5 of the population. 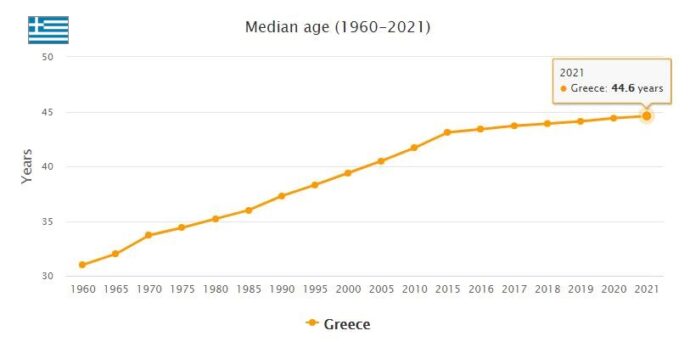