Guatemala. Alejandro Giammattei from the conservative opposition alliance Vamos won over the center-left coalition Hope National Union (UNE) in the second round of the presidential election on August 11. The victory margin was convincing – 58% – but his mandate was weak as turnout was just over 40%, the lowest in 20 years. Thus, the turnout showed more than the election result’s lack of electoral confidence in the political establishment. The main cause was considered above all to be the corruption. Nor was the discontent diminished by Giammattei pledging to follow outgoing President Jimmy Morale’s decision not to renew the mandate of the UN-backed International Commission on Impunity (CICIG), whose mandate expired in September and which was tasked with examining the transparency of public authorities. Morale’s decision was considered to come from CICIG: s decision to review him for illegal campaign funding. Giammattei himself was indicted in 2011 for involvement in arbitrary executions of prisoners, and several people in his vicinity have also figured in the legal context.

In September, President Morales issued a 30-day state of emergency in 22 municipalities in the northeast to facilitate military operations against organized crime. National and international human rights groups expressed concern about the risk of further human rights violations, which became more common during Morales, and also pointed out that conflicts over natural resources with indigenous peoples are ongoing in the areas concerned. Morales also repeatedly attacked the Supreme Court during the year for its decision in principle, and the newly elected Giammattei suggested that his attitude would be the same.

Mostly, there was peace on the battlefield from 1984. The guerrillas were militarily beaten, but negotiations dragged on. First with President Ramiro de León Carpio (1993–1996), and with the help of the UN and a group of friends from countries where Norway was also involved, government and guerrillas came to the negotiating table. The guerrilla organizations had then joined forces in the alliance URNG. During 1994, URNG and the government signed a number of sub-agreements, including the establishment of a Truth Commission. The next president, Álvaro Arzú, completed the process. The final “permanent and lasting peace” agreement was signed in 1996.

In all, the sub-agreements laid the foundation for comprehensive reform of the state. Among other things, the agreement on socio-economic reforms and agriculture stipulates that the tax base must be increased to expand school and health services. Through an agreement on the identity and rights of the indigenous peoples, Guatemala declared itself as a multicultural state like most Latin American countries in the 1990s. During the war, indigenous issues had moved higher up the agenda worldwide. Awarding the Nobel Peace Prize to k’iche ‘ woman Rigoberta Menchú Tum in 1992 is an expression of this.

In the first decade after the peace, the country succeeded in disarming the rebels and significantly reducing the army. A UN- led force (MINUGUA) supported these processes and the country received significant international assistance. However, the economy did not receive a decisive boost. Tax revenue is still the lowest in Latin America. Judicial and political reforms have been very slow, much because conservative circles in Guatemalan society (far beyond the urban white elite) have not accepted a reform program they consider foreign-inspired and unduly leftist.

In February 1999, the Truth Commission presented its report on the atrocities of the war. It stated that the army had committed ” genocidal acts” and was responsible for the vast majority of the assaults. President Arzú gave the report a lukewarm reception and the army thought it was one-sided. General Ríos Montt had then founded a new right-wing party, FRG, which measured the skepticism of the peace treaty.

FRG candidate Alfonso Portillo won the presidential power in 2000 while URNG (now as a political party) failed to gather more than twelve percent of the vote. The support of Portillo and Ríos Montt in Mayan areas may seem surprising, but is understandable given the widespread value conservatism in the countryside and that very many Mayan communities perceived the war as being “wedged between two wildfires”. The Civil Defense Patrols (PAC) came into being as a tool for the army, but, led by the rural people themselves, they also became an opportunity for the Mayan community to keep the war away. The FRG built much of its power on providing war reparations to tens of thousands of PAC members in addition to compensation programs for war victims that peace agreements had otherwise drafted.

In defiance of the peace treaties, Guatemala has conducted a series of lawsuits against high-ranking military for war crimes. General Ríos Montt was sentenced to 80 years in prison for genocide (massacres on Mayx Mayans) in May 2013, but ten days later the sentence was canceled with reference to procedural errors. The case was resumed in 2015, but Ríos Montt died before being sentenced.

Alfonso Portillo was followed by Óscar Berger (2004–2008) and Álvaro Colom Caballeros (2008–2012), both of whom followed up the peace agreements to a greater extent. Berger gave the agreements the constitutional rank and entered into an agreement with the UN to establish an International Commission (CICIG) to assist the state forces in the fight against corruption and hidden networks. Large parts of the court system were then paralyzed; not only as a result of military resistance to litigation, but also as drug traffickers acquired influence among politicians and impunity in the judiciary.

Colom managed to establish CICIG despite training in Congress and the judiciary. The Commission assisted the prosecution with investigative capacity and independence and uncovered a number of corrupt networks of politicians, military, businessmen and drug dealers. The crown of the work came in 2015, when it was charged with President Otto Pérez Molina (as well as Vice President Roxana Baldetti) for wasting funds from the Customs Service to himself and his parties through the La Línea network. 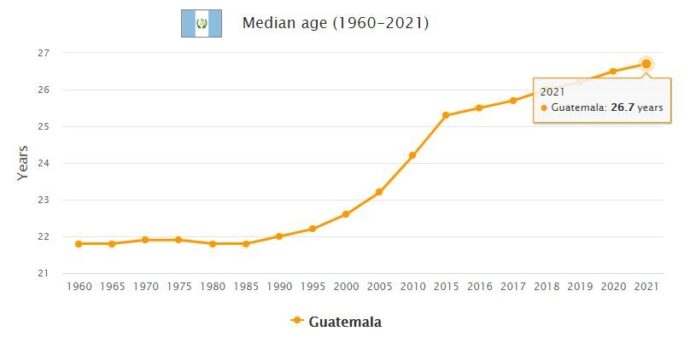