Guinea Bissau. During the year, hopes were raised that the political stalemate that paralyzed the country’s political life would cease for several years. The long-awaited and repeatedly postponed parliamentary election was finally held in March. The state-carrying African Independence Party for Guinea-Bissau and Cape Verde (PAIGC) was again the largest with 46% of the vote, giving the party 47 out of 102 seats in Parliament. Consequently, PAIGC had to seek support from smaller parties to gain a majority in the National Assembly. Next largest was the Movement for a Democratic Alternative (Madem-G15), a party formed by outbreaks from PAIGC, followed by the Social Renewal Party (PRS); these two received 27 and 21 seats respectively.

Domingos Simões Pereira, PAIGC leader, signed an agreement with three smaller parties to form a coalition government. But when the newly elected National Assembly met in April for the first time, President José Mário Vaz refused to approve Pereira as head of government. Collaborative difficulties between the two led to a prolonged government crisis in 2014, when Pereira was prime minister, and it is this conflict that continues to characterize the country.

In June, Vaz decided by decree that the presidential election be held November 24. The following day, he again refused to approve Pereira as prime minister, thus defying the majority in the National Assembly that supported the proposal. After the West African collaborative organization ECOWAS demanded that a new head of government be appointed within three days, Vaz issued a new decree by which Aristides Gomes, who like Vaz represents PAIGC, was appointed prime minister.

ECOWAS later continued to intervene to try to find solutions to the crisis. The organization banned Vaz from attending some of its meetings until the presidential election was held. On the other hand, ECOWA’s senior management decided that he would remain as acting president even after his term expired formally at the end of June. Thus, the organization went against the majority of the National Assembly, who instead voted Cipriano Cassamá as interim president. However, ECOWAS demanded that Vaz appoint a new government. One took office in early July and consisted of 16 ministers, half of whom were women. In July, ECOWAS extended the mandate for the peacekeeping force that the organization sent to Guinea-Bissau after a 2012 military coup.

Among those who registered their candidacy in the presidential election were José Mário Vaz and former Prime Minister Carlos Gomes Júnior. PAIGC was represented by Domingos Simões Pereira while Madem-G15 launched Umaro Sissoco Embaló, also his former prime minister. Just a month before the election, Prime Minister Aristides Gomes was dismissed by Vaz, who instead appointed Faustino Imbali. Her government took office at the end of October despite the earlier refusal to resign, citing that Vaz, as acting president, had no mandate to dissolve the government. This attitude was supported by ECOWAS, and after the threat of sanctions, Imbali resigned.

Once the presidential election was held, it was clear already in the first round, at the end of November, that Vaz would lose power because he had three opposing candidates ahead of him. The most votes were PAIGC’s Domingos Simões Pereira (40% of the vote) and Umaro Sissoco Embaló (28%). Vaz accused PAIGC of electoral fraud but ECOWAS, which had observers in place, dismissed this. In the crucial round of elections between them, at the end of December, Sissoco Embaló won with 53.5% of the vote. He received support from Vaz for the second round.

During the year, the image of Guinea-Bissau was confirmed as an intermediate station for extensive drug smuggling. In March, close to 800 kilos of cocaine was seized just outside the capital Bissau. This was followed by an even bigger seizure in early September, when the police received over 1.8 tonnes of cocaine with an estimated sales value in Europe of the equivalent of SEK 600-800 million. 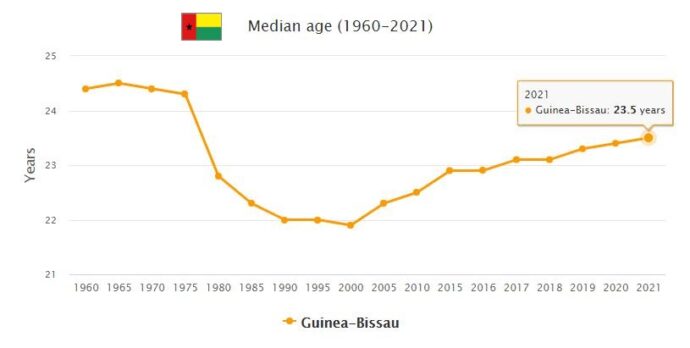