Hungary. The year began with demonstrations against a new working time law that gave employers the opportunity to demand two hours of overtime by their employees each day. The union led the protests that gathered up to 20,000 people in the capital Budapest.

Prime Minister Viktor Orbán said in January that the election to the European Parliament in May would be a vote on immigration. His government wanted to see as many immigrant-critical politicians as possible in Brussels and reduce the EU’s influence on Hungary’s migration policy.

Orbán presented a plan to meet the country’s declining birth rates and increase the number of children. He made it clear that there were no more immigrants he wanted to see but “Hungarian children”. The government would subsidize home loans to parents, write off certain loans when three children were born, and tax-exempt women who give birth and give birth to at least four children.

The Swedish Minister of Social Security tweeted that Orbán’s policy is “roaring 30s”, which prompted the UD in Budapest to call Sweden’s ambassador. A derogatory comment about the Swedish minister from a Hungarian minister in turn led to the Hungarian ambassador being called to the Swedish Foreign Ministry.

In February, opposition members decided to boycott Parliament’s work in protest of the new overtime law, which in popular terms was called the “slave law”.

Before the EU elections, the government had a poster campaign with EU Commission President Jean-Claude Juncker and Hungarian-born billionaire George Soros. The underlying message was that Soros and the EU were conspiring to flood Hungary with Muslim migrants. The campaign sparked protests in the EU, and in March the Conservative EPP party group in the European Parliament decided to suspend Orbán’s party Fidesz for the time being. There has long been criticism within the EPP against the Orbán government’s authoritarian tendencies and restrictions on democracy.

When Orbán visited the United States and President Donald Trump in May, he received tributes instead. Trump compared the Hungarian leader to himself, saying that Orbán has done a “fantastic job”.

In the EU electoral movement, Fidesz launched a seven-point program against immigration. Orbán said he wanted to defend Christian European culture against multiculturalism. Sweden was presented as a horror example of how immigrants take over. The Council of Europe urged Hungary to downplay the migration crisis propaganda, and it was criticized for the judiciary’s treatment of refugees.

But the voters were on Orbán’s side. Fidesz won the European elections clearly with just over 52% of the vote and took 13 of the 21 Hungarian seats. Two Democratic Union got only 16% and 4 seats.

Following criticism from the EU, the government withdrew a bill that would have put the courts under the Justice Minister’s control. However, the government took control of the research institutes belonging to the Academy of Sciences. Orbán himself thus appoints the committee that controls how the research grants are distributed.

The government’s proposal for a Hungarian EU commissioner was rejected by the EU Parliament’s legal committee, citing a conflict of interest between his law firm and his role as minister. The government proposed a new candidate that was approved in November, which delayed the European Commission’s entry.

Hungary’s refusal to accept refugees under the EU quota 2015 was a violation of EU law, the Attorney General declared in October.

In the fall local elections, Orbán’s party Fidesz surprisingly lost the mayor’s post in Budapest. By uniting behind a common candidate, the opposition managed to take power in several cities, while Fidesz was strongest in the countryside. The new mayor of Budapest gave police protection to a cultural center with, among other things, LGBT activists and Roma vandalized by neo-Nazis.

In November, the Supreme Court said that the government must pay damages and publish an apology to the Hungarian Helsinki Committee, which had been incorrectly described in mailings to the country’s residents. The committee works for asylum seekers and receives grants from, among others, George Soros, who has been subjected by the government to a slander campaign with anti-Semitic undertones.

The author György Konrad died during the year 86 years old. He was in opposition during the Communist era, when he was imprisoned, and also against today’s government which, according to Konrad, is a post-Soviet dictatorship. 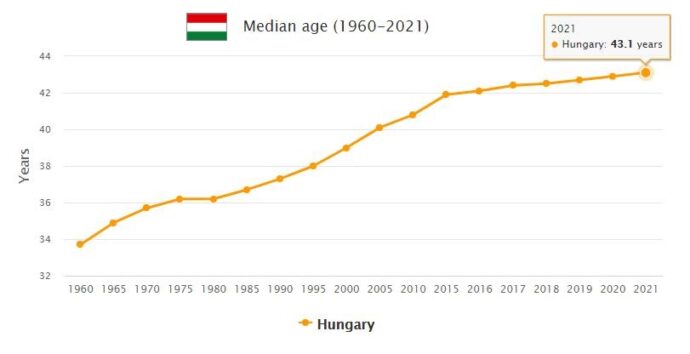