In the elections to the European Parliament on May 26, Fine Gael’s ruling party became the largest party with 29.6% of the vote, giving 5 seats, followed by opposition party Fianna Fáil, which gained 16.6% and 2 seats; Sinn Féin got 11.7% (2 seats) and Green Party, which made a successful election, ended up at 11.4% (2 seats). Many voted for independent candidates, gathered under the names Independents and Independents 4 Change, which ended up at 15.7 and 7.4%, respectively, giving 3 mandates. The turnout was 49.7%, which was just below the EU average (50.7%).

The referendum was about a legislative change that would liberalize divorce law. Divorce has been allowed since 1995, but it has taken five years for it to be approved, and one must have lived separately under four of these. In the vote, 82% chose to approve the change in the law, which now passes to the Chamber of Deputies for the new rules.

Of course, what characterized the year was Brexit. At the beginning of the year, the Irish Ministry of Finance predicted that if the UK left the EU without a contract it would hit the Irish economy hard – mainly agriculture and food businesses. In September, when the government laid its budget for 2020, which was based on a contractless Brexit, it was estimated that at least 55,000 jobs would disappear and GDP would fall by as much as 6%.

On the border issue after Brexit, a memorandum of understanding was signed in early May that would guarantee Irish and British citizens the freedom to travel between countries. Since 1922, there has been a so-called Common Travel Area (CTA). The declaration of intent further guaranteed that Irish and British would continue to have the right to study, work, receive grants and care as well as the right to vote in each country. This is a considerable amount – there are 350,000 Irish citizens in the UK and 300,000 Britons in Ireland.

At the beginning of October, a new draft exit agreement came with the EU. According to British Prime Minister Boris Johnson, the border issue between Northern Ireland and Ireland is perhaps the most difficult nut to crack. Therefore, he has a plan B if the new proposal (which he calls his “final bid”) is not accepted by the EU – that the border remains fully open. Negotiations with the EU did not lead anywhere, and at the time of writing, Brexit has been postponed to 31 January 2020.

The Irish economy has fared better than previously thought during the corona crisis. In its new forecast, the government estimates that GDP will fall by 2.5 percent, not 10.5 percent as previously thought. That things are going so well is largely due to the export industry, especially the export of pharmaceuticals.

A British bill which means that parts of the exit agreement that the United Kingdom and the EU agreed on in 2019 are being ignored is causing concern in Ireland. According to media reports, the law would give British ministers the right to interpret some parts of the agreement concerning Northern Ireland. Prime Minister Micheál Martin has contacted his British counterpart Boris Johnson to emphasize that this is a breach of an international agreement that could have serious consequences for Northern Ireland.

Mairead McGuinness is expected to become the new EU Commissioner 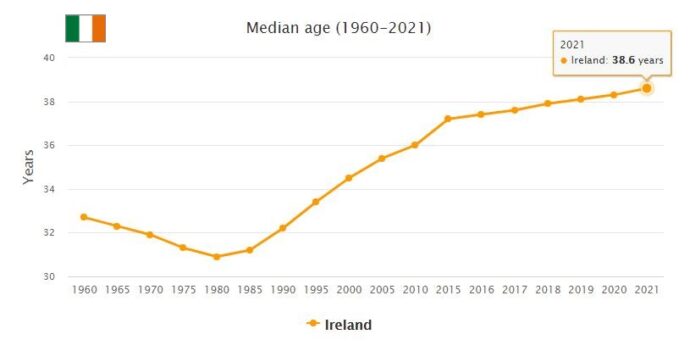