Libya. In early April, General Khalifa Haftar and his forces in the Libyan National Army (LNA) launched a military offensive against the capital Tripoli, where the so-called Unity Government (GNA) has its headquarters.

The battles developed into clean battlefields on the outskirts of the city and the humanitarian situation was aggravated by the lack of water, medicines and recurrent power cuts. The World Health Organization WHO warned against measles, tuberculosis and diarrhea.

The unrest led to peacekeeping forces leaving the country, while foreign companies called their staff home. The UN Security Council suspended a national conference that would have been held in the city of Ghadamis the same month.

In recent years, Haftar and LNA have won a series of battles that have led Haftar to control the entire eastern and large parts of southern Libya. GNA controls the western parts.

Oppositions also arose in both the UN Security Council and the EU, where it was difficult to agree on a joint condemnation of Haftar’s offensive. In the EU it was stopped by France and in the Security Council both the Russian Federation and the US stated that a joint resolution on ceasefire in Libya could not be supported. According to analysts, the reason was likely that the countries saw Khalifa Haftar as a potentially stabilizing factor in Libya. Unlike the Tripoli government, Haftar has a strong army behind him.

In addition, countries such as Saudi Arabia, the United Arab Emirates, the Russian Federation, and Egypt are all openly allied with Haftar. According to the US newspaper The Wall Street Journal, Saudi Arabia offered Haftar tens of millions of dollars a few days before the attack against Tripoli.

By the end of April, Haftar’s offensive had been stuck on the outskirts of the capital, where fighting intensified in May. More and more people were forced to flee their homes and the number of people who died or was injured rose week by week.

Despite the UN arms embargo on Libya, reports came that both Haftar’s army and GNA were equipped with weapons from abroad.

UN Special Envoy in Libya Ghassan Salamé stated that as many as ten countries became involved in Libya’s problems. According to analysts, the arms transports were a sign that the war was about to turn into a so-called proxy war, in which other countries in the region exploited the conflict for their own interests. On one side were Egypt, the United Arab Emirates and Saudi Arabia and on the other Turkey and Qatar.

The fact that Turkey delivered weapons to GNA in Libya particularly upset neighboring Egypt. A spokesman at Nasser’s military academy in Cairo said he feared Turkey would take control of Libya. He was also concerned that the weapons could fall into the hands of the terrorist group Islamic State (IS).

At the end of June, Khalifa Haftar ordered his army LNA to attack Turkish targets and economic interests in Libya. The order was issued shortly after Haftar lost control of the city of Gharyan, just south of Tripoli. Gharyan was captured by the LNA two days before the offensive against Tripoli began and served as a base for the LNA’s combat management.

According to a UN report, at least 53 people died and 130 were injured when a migrant camp in Tajoura outside Tripoli was bombed for two rounds in July. In the first air raids, Libyan guards had also opened fire on refugees and migrants who tried to flee.

Both UN leader António Guterres and his Libyan envoy Ghassan Salamé as well as the African Union (AU) condemned the attack in strong terms. According to Salamé, it was equivalent to war crimes.

As the situation of migrants and refugees in Libya worsened in connection with the offensive against Tripoli, hundreds of people from various detention centers in the capital were sent to a facility on the Libyan coastal city of Khums. At the same time, according to media reports in July, the UN refugee agency UNHCR had evacuated thousands of migrants to safer places since April. However, the alarm reports on torture, slave trade and sexual abuse against migrants and refugees were several during the year.

At the beginning of August, at least 42 people died and 50 were injured in an air raid against a city hall in Murzuq in southwestern Libya. The unit government GNA accused LNA and forces loyal to Haftar for carrying it out.

According to WHO estimates at the end of August, more than 1,000 people had been killed in the fighting since April. In addition, 5,700 people were injured and around 120,000 people were forced to leave their homes.

In September, Rwanda signed an agreement with the African Union and UNHCR to host African refugees and asylum seekers permanently in Libya. The Rwanda government said the country was ready to accommodate up to 30,000 people.

In November, a UN-flagged secret report by the AFP news agency confirmed that both Turkey and Jordan and the United Arab Emirates had repeatedly violated the arms embargo on Libya introduced by the UN in 2011. 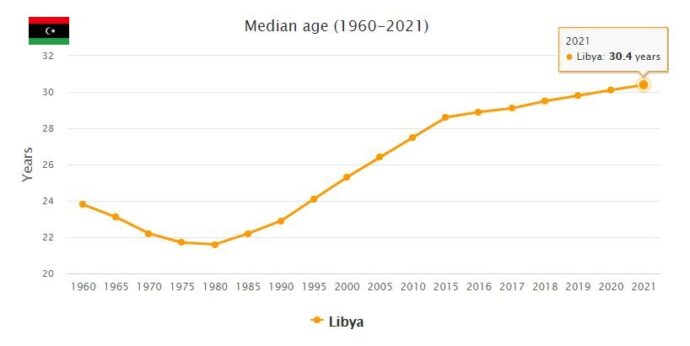