Join us on a trip to Nippon, the Kingdom of the Sunrise! Japan is a magical web of tradition and modernity, old and new, east and west. There is so much amazing to discover in Japan and there is always something interesting to be fascinated by. Here are neon-lit urban landscapes and futuristic skyscrapers, but also quiet temples, beautiful samurai castles and magnificent nature. During our trip you will experience much of everything Japan has to offer. The journey begins in Tokyo, continues to Kyoto before ending in the port city of Osaka.

Day 1: Travel to Japan
We fly to the Japanese capital Tokyo. Meals are included on board the long-haul flight.

Day 2: Tokyo
Arrival in Tokyo in the afternoon and transfer to the hotel. Welcome dinner in the evening. Overnight in Tokyo. (Dinner)

Day 3: Akihabara, Ueno and Shinjuku
During days 3 and 4 we walk and travel with Tokyo’s excellent public transport and thus get an insight into the everyday life of Tokyo residents

We go to the electronics district Akihabara which offers a wide range of cheap electronics and tax-free goods. Akihabara has also become something of a heaven for so-called otaku. An otaku is a person who has an extreme interest in, for example, manga (Japanese comics), anime (animated film) or computer games. We walk from here to the Ueno district along the Ameyoko dori market street which offers everything from clothes to dried fish. After lunch in Ueno, there is time to discover the district on your own. For example, if you want, you can go for a walk in the nearby Ueno Park, where many Tokyo residents seek refuge for a while. After meeting again we go to Shinjuku . Here we visit Tokyo City Hall(Tokyo Metropolitan Government Building). From the skyscraper you get a magnificent view of the megametropolis Tokyo. We go on a city walk in Shinjuku and pass one of the world’s busiest stations – Shinjuku station. Every day, more than 3.5 million people pass this traffic hub. During rush hour, you can see a never-ending stream of commuters on their way to or from work. Shinjuku with its tall buildings, huge TV screens and neon signs is an amazing sight! Overnight in Tokyo. (Breakfast)

Day 4: Asakusa, Meiji jingu, Harajuku and Shibuya
After breakfast we head to Asakusa district and Sensoji temple, Tokyo’s perhaps most famous Buddhist temple. In ancient Japan, marketplaces sprang up adjacent to major temples as visiting pilgrims wanted to sample local delicacies and buy something to take home to loved ones. Even today, many of the larger temples in Japan are home to a lively commerce. Those who want to spend a while on Nakamise dori , a promenade next to the temple buildings, which are lined with small shops and stalls. Here you can buy typical Japanese souvenirs or maybe taste Japanese snacks and goodies. We then visit Meiji jingu, a shrine erected in memory of Emperor Meiji (1852 – 1912) and his consort Empress Shoken (1869-1912). In Japan, Emperor Meiji is associated with the modernization process that began in the latter half of the 19th century. From having previously been cut off from the outside world in almost total self-isolation, Japan developed during Emperor Meiji’s reign to become an Asian superpower. Meiji jingu is therefore a symbol of Japan’s transformation into a modern nation under the care of the Meiji emperor. The shrine is also a place where elements of the imperial cult that once surrounded the Japanese emperor are expressed. We then head to the nearby Harajuku district which has become something of a center for youth culture and fashion and then travels a few stops with the Yamanote line to the Shibuya district , which is known for its huge pedestrian crossing (Shibuya Crossing) in front of the station building. When it turns green, the pedestrian crossing is filled with streams of crossing crowds from all directions. Overnight in Tokyo. (Breakfast)

Day 5: Tokyo
All day for your own adventure to discover Tokyo on your own. The tour guide is happy to give you tips on different sights. Overnight in Tokyo. (Breakfast)

Day 6: Tokyo – Kyoto
In the morning we take the Shinkansen express train to the old imperial city of Kyoto which was the capital of Japan for more than a millennium. After arriving in Kyoto, we visit Nijo Castle , which was built in 1603 as a Kyoto residence for the shogun (Japan’s military dictator) during the Edo period (1603-1867). Nijo Castle was designated a UNESCO World Heritage Site in 1994. Then we come to the Fushimi Inari Shrine , an important Shinto shrine in southern Kyoto. The magical, seemingly endless road with over 5,000 lively orange torii gates on the hills behind the Fushimi Inari-taisha shrine makes it one of the most popular shrines in Japan. Overnight in Kyoto (Breakfast)

Day 7: Kyoto
Today we start by visiting Arashiyama, a nice tourist district in western Kyoto. Arashiyama attracts lots of visitors thanks to the Togetsukyo bridge, the bamboo forest and a beautiful landscape that changes with the seasons. We then go to Kinkakuji (the Golden Pavilion), probably Kyoto’s most famous temple. We then visit the Kiyomizu Temple dating from the 8th century. This temple, which is also a UNESCO World Heritage Site, is located on the slopes of Higashiyama in eastern Kyoto and is especially known for its huge wooden veranda where pilgrims used to gather. Kiyomizu means “the clear water” and alludes to the source adjacent to the temple. Then we come to Gion during the late afternoon. With a little luck, it is possible that we may see some of them. In Gion we have the opportunity to explore the surroundings on our own before we meet to go back to the hotel. Overnight in Kyoto. (Breakfast)

Day 8: Kyoto – Nara – Osaka
In the morning we travel to the ancient city of Nara founded in the early 700s. Nara was the first real capital of the early Japanese state and there are therefore many historically interesting sights here. During the day we visit two world heritage sites. Todaiji Buddhist Temple is one of the world’s oldest and largest wooden buildings and houses a huge bronze Buddha statue. The temple was built shortly after Nara became the capital and is located in a park where deer have always been allowed to roam freely. The temple is contemporary with the nearby Shinto shrine Kasuga Taisha , known for its beautiful temple walkway lined with thousands of moss-covered stone lanterns. In the afternoon we head to Osaka , where we visit the city’s famous Osaka Castle which played a significant role in the latter half of the 16th century when Japan began the process of national unification after a long period of constant civil war. We also visit Dotonbori, Osaka’s most famous shopping and entertainment district along one of the city’s old canals. Overnight in Osaka. (Breakfast)

Day 9: Osaka-Hiroshima-Osaka
Early in the morning we take the world famous Shinkansen express train to Hiroshima . In Hiroshima we visit the Peace Museum, the monuments of the nearby Peace Park and the Genbaku Dome – the ruin of a trade and industrial exhibition hall located very close to the place over which the atomic bomb detonated. After the war, the authorities had the dome building preserved as a reminder of the destructive power of the atomic bomb. The ruin was basically all that remained after the bomb. Genbaku Dome is a UNESCO World Heritage Site. Then we go to the holy island of Miyajima just outside Hiroshima. We visit the Shinto shrine Itsukushima Jinja which at high tide seems to float on the water. The island was considered so sacred that it was not allowed to be entered by ordinary people. The shrine was therefore built on stilts in a bay. Itsukujima Jinja is one of the most important shrines in the indigenous Shinto religion and is a UNESCO World Heritage Site. With a little luck, we can witness one of the many religious ceremonies performed daily at the main building. Late in the afternoon we take the Shiknkansen back to Osaka. (Breakfast)

Day 10: Return from Osaka
Transfer to the airport and return to the boarding place. Meals are included on board the long-haul flight. 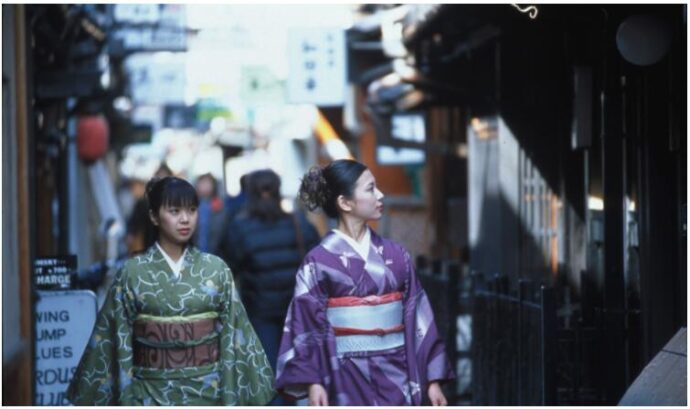