Mauritania. Presidential elections were held in June after a few years of speculation as to whether Mohamed Ould Abdel Aziz, former general who took power in a coup in 2008 and who won in the 2009 and 2014 elections, would stand for another term. However, this would have been contrary to the Constitution. The Union of the Republic (UPR) government party in January launched another candidate than the incumbent president: the general and the Minister of Defense since 2018, Mohamed Ould Ghazouani, who is close to Abdel Aziz.

The opposition, which boycotted certain elections during Abdel Aziz’s time in power, failed to agree on a joint candidate. Ghazouani was therefore opposed to five counter-candidates, including former Prime Minister Sidi Mohamed Ould Boubacar and anti-slavery activist Biram Dah Abeid, both of whom stood for independence, and Mohamed Ould Mouloud, representing the opposition party Democratic Forces gathering. Mohamed Ould Ghazouani received 52% of the votes already in the first round, against 19% for Abeid and 18% for Boubacar. The opposition in vain accused the regime of electoral fraud. In August, Ismail Ould Bedda Ould Cheikh Sidiya was appointed new Prime Minister.

In September, Mauritania’s and Chad’s presidents attended a meeting with the countries of the West African cooperation organization ECOWAS in Burkina Faso’s capital Ouagadougou. Together, they agreed to invest the equivalent of $ 1 billion to meet the threat posed by militant Islamist groups in the region. G5 Sahel, the force established in 2017 by Burkina Faso, Mali, Chad, Niger and Mauritania, is suffering from a lack of resources, and thousands of people in West Africa have fallen victim to Islamist violence that has increased in recent years. 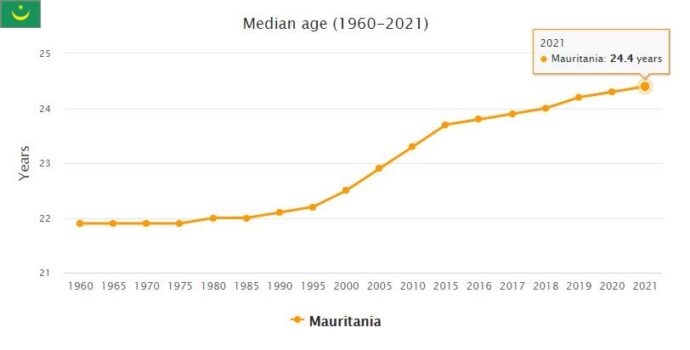 In the politically unstable and economically backward context of a country which was an independent French colony only since 1960, Mauritania’s cinematography has developed with great difficulty. It can be said to be largely represented by only two directors: Med (owner Mohamed Abid Medoun) Hondo and Abderrahmane Sissako. Around them the almost total emptiness, also due to the lack of an organization for the promotion of cinema (the National Cinema Office, which disappeared in the mid-1980s, and later the Ministry of Information did not guarantee consistent support). Among the few exceptions are the two directors Sidney Sokhona (Orphelins de Dieu, 1970; Nationalité: immigré, 1975; Safrana ou le droit à la parole, 1977) and Mohamed Ould Saleck.

Med Hondo after his studies in Morocco moved to France in 1958, where he attended some courses in dramatic art. It made its debut at the end of the 1960s and from the very beginning it qualified its cinema as a feverish and nervous production, from which it emanates a strong sense of political militancy. The director’s first feature film, Soleil Ô (1969), produced by his Paris-based production company, which tackles the issue of raising awareness of an African immigrant in the West, is already emblematic of a non-homologated look at Western cinema. Other works of his, always in the name of seeking and reacquiring a shattered identity, are Les Bicots-Nègres, vos voisins (1974), which tells of the difficulties of African emigrants in France and their sense of cultural uprooting; West Indies ou les nègres marrons de la liberté (1979); the historian Sarraounia (1986), set in the nineteenth century at the time of the revolts against colonization. After a brief interlude represented by the thriller Lumière noire (1994), Hondo returned to the theme of racism with Watani: un monde sans mal (1997), shot on video, alternating black and white and color.

Particularly active in the 1990s was the young Sissako, who owes his film training to his studies in Moscow (1983-1985). His stylistic code is contained in the story in the form of a diary, interspersed with short fragments, between fiction and documentary, in which the feeling of distance from the place of origin predominates. The fundamental titles of his filmography are: Igra, known as Le jeu (1990), shot in the desert of Turkmenistan, which through the images of some children intent on playing war evokes a real conflict kept out of sight; Octobre (1993) and Sabriya (1997), immersed in the solitude of feelings; Rostov-Luanda (1997) and La vie sur terre (1998), journeys into the external world and into the interior between Europe and Africa; and finally Hérémakono – En attendant le bonheur (2002).