Montenegro. Those involved in the coup attempt in 2016 received their verdicts in May. There were five years in prison for two opposition politicians – Andrija Mandić and Milan Knežević in the Russian- and Serbian-friendly opposition Alliance Democratic Front. Two Russian intelligence officers were sentenced in their absence to 12 and 15 years in prison, while another nine, most Serbs, received up to eight years in prison. Another person involved is awaiting his verdict. He was granted asylum in the Russian Federation in 2018 but will be tried in his absence. It was not until the 2016 election that the coup makers, with the support of Moscow, attempted to assassinate the country’s prime minister, current president Milo Ðukanović, among other things, with the aim of stopping Montenegro’s membership in NATO. The coup failed, and Montenegro has been a member of NATO since 2017. In October, the New York Times revealed that a Russian elite force, “Division 29155”, probably behind the coup attempt; this group is also suspected to be behind the poisoning of ex-agent Sergei Skripal in the UK in 2018. The group, which is part of the Russian Federation’s military intelligence service GRU, aims to destabilize Europe.

In November, the country’s Minister of Development and Tourism Pavle Radulović resigned after revealing suspected corruption in his ministry. Employees should have asked for bribes from a businessman for a building permit in the tourist resort of Budva. 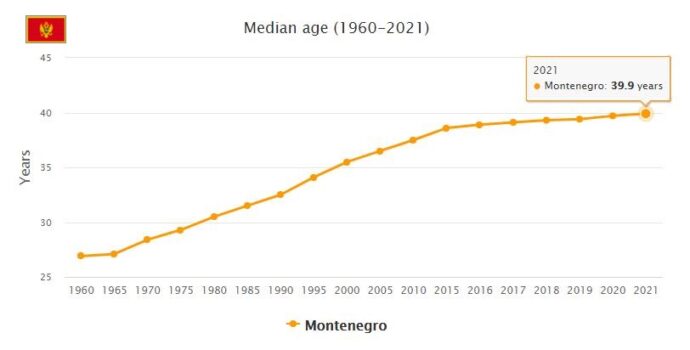 At the beginning of 1912 Montenegro participated, together with Serbia, Bulgaria and Greece, in the Balkan alliance and in October 1912 it was the first to declare war on Turkey, starting the Balkan wars (see Balkan, wars). In 1913 he took possession of Scutari and refused to clear it from the orders of the great powers, who then forced him there by means of a naval demonstration. With the Peace of Bucharest (10 August 1913), Serbia and Montenegro divided the Sanjak of Novi Pazar and thus came into immediate contact. This helped to increase the rivalry between them to the detriment of the second, who, much smaller and poorer, was fatally destined to succumb. From the beginning of the World War, King Nicholas apparently made common cause with Serbia against Austria-Hungary: but his attitude was never completely clear. At the time of the advance of the Central Empires in the Balkan Peninsula, the Montenegrin army offered only weak resistance on Lovćen.

Nicola left the country together with Prince Danilo and, after having quickly crossed Italy, went to settle in France. His son Mirko surrendered to the Austro-Hungarians (January 25, 1916) and died in an Austrian sanatorium in 1918.

On November 12, 1918, the Podgorica National Assembly proclaimed the deposition of the Petrović dynasty and the union of Montenegro with Serbia. This union was not recognized by King Nicholas and the main powers, in setting the borders of the new Serbo-Croatian-Slovenian state with the Treaty of Sèvres (10 August 1920), left the question open. After the death of King Nicholas (1 March 1921), Prince Danilo renounced his eventual rights in favor of Prince Michael, the eldest son of his brother Mirko. But the conference of ambassadors recognized the union of Montenegro with the kingdom of the Serbs, Croats and Slovenes, with its decision of July 13, 1922.