Niger. Niger experienced a very violent year, surrounded by conflicts in neighboring countries and subjected to repeated attacks by militant Islamists fighting to establish a Caliphate with Sharia law in the region.

At the New Year, the Nigerian military carried out an extensive offensive. According to official data, nearly 290 Islamists were killed in aviation and ground fighting in the Southeast, since extremists from Boko Haram crossed the border from Nigeria to the south.

The UN and the West saw Niger as an important base for fighting militant extremism in the region. The United States had about 800 soldiers in the country and expanded its air base in Agadez for armed drones to receive large transport aircraft.

In February and March, Boko Haram crossed the border from Nigeria and attacked military posts. Several soldiers and many assailants were killed in the fighting.

In February, a historic court ruling came out that prohibited men from holding women as servant or sex slaves. This applies to an ancient custom called “fifth wife” when rich men had women in addition to the four wives Islam allows.

Hadizatou Mani, who at the age of 12 was sold into slavery as a “fifth wife” and after nine years managed to escape and marry on her own, had been sued by the former man for bigami (allowed for men but not for women). A court sentenced the woman to several years in prison, but she appealed and got right that her first marriage was illegal and that all “fifth wife” marriages were illegal.

Slavery organizations saw the outcome as a historic victory and a future precedent for several centuries of tradition. “Fifth wife” is common in some parts of Niger, and it is estimated that well over 100,000 people in the country live as slaves.

In March, ten people were killed by two female suicide bombers and armed men in the city of Nguigmi near Lake Chad in eastern Niger. According to official records, Boko Haram’s attacks claimed the lives of 88 people in southeast Niger in March.

A German research report during the year found that the conflicts in Niger and its neighboring countries cannot be resolved by military means. Irregular rainfall and warmer climates have led to food shortages and unrest, which has also contributed to farmers and fishermen around Lake Chad. According to the report’s authors, the population must be helped to manage climate change.

At least 28 soldiers were killed in an ambush in western Niger in May. The Islamic State (IS) terror group said it was behind the act. IS has a growing branch in West Africa, ISWAP (Islamic State West Africa Province).

The violence in the country led to over 100,000 people being forced to leave their homes during the first half of the year. According to the UN, at least 400,000 refugees were in the middle of the year.

A May report from Save the Children listed Niger as the second worst in the world for children’s development. Next best was Sweden. Child mortality is 30 times higher in Niger than in Sweden. Nearly 60% of Nigerian children have to get married, over 40% are malnourished and less than half attend school.

In June, more than 400 West African migrants rescued in the desert without water were rescued. According to the UN Migration Agency IOM, nearly 20,000 vulnerable migrants had been rescued in the Niger desert in three years.

After heavy rains, southern Niger was hit by severe flooding that killed at least 57 people in September. Many thousands of people destroyed their houses and farms.

Despite all the torments, Niger enjoyed international success when the country was elected during the year as one of five new countries in the UN Security Council.

Over 70 soldiers were killed when hundreds of armed men attacked a military post in western Niger in December. The terror group Iswap, which has links to IS, said they were behind the attack. 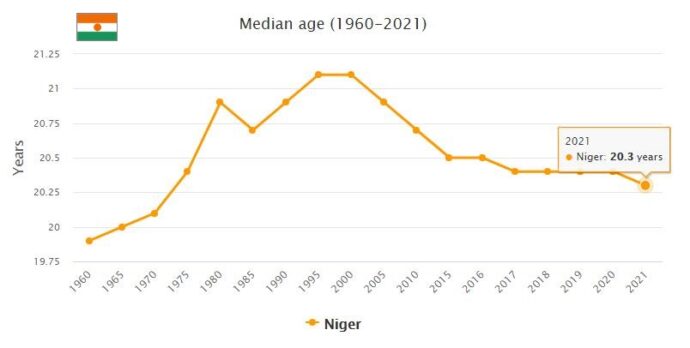