Panama. Opposition candidate Laurentino “Nito” Cortizo of the Revolutionary Democratic Party (PRD) won over Romulo Roux from Democratic Change (CD), another opposition party, in the May 5 presidential election. The victory margin, only 3 percentage points, was the narrowest in Panama’s history, and Cortizo received a lower number of votes than any previous president. At the same time, Cortizo gained a stronger position in Congress than outgoing President Juan Carlos Varela, whose party lost four seats while the PRD increased its number of seats by two. In the light of a positive economic development, he seemed to be able to get through a lot of his politics. In addition, turnout was relatively high – 73% – which was lower than in the 2014 elections but higher than in the 2009 elections. The PRD also gained control of the capital, Panama City.

Above all, the overall election results showed the great dissatisfaction in the electorate with the outgoing Varela’s policy. In particular, there was great disappointment over Varela’s failure to curb corruption, an area that has been at the center of public opinion since the unveiling of the so-called Panama Papers in April 2016 and the Odebrech scandal in December of that year. Predictably, therefore, a key message in Cortizo’s election campaign was to put it right. 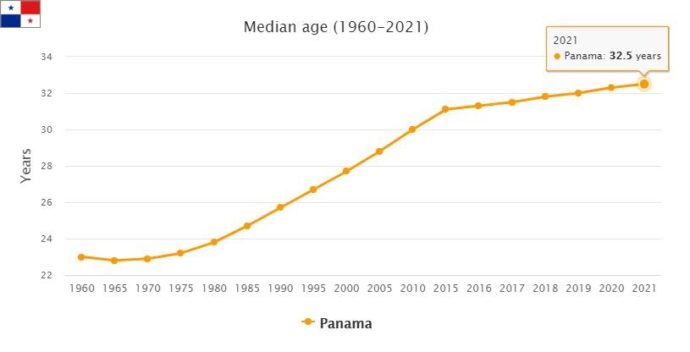 The population, which in the early 1980s did not yet reach 2 million residents, was close to 2.8 million at a 1998 estimate. This increase is mainly due to the natural component, which sees a birth rate of just under 20 ‰ (1997) as opposed to a singularly low mortality (3.6 ‰). The incidence of immigration movements, once a positive and significant sign, has gradually disappeared, while internal movements towards the edges of the Canal and towards the cities of Panamá and Colon, which have become destinations of particular demographic attraction, remain intense.

The economic and social situation of Panama appears marked by notable inequalities and contradictions, a scenario that the political contrasts created in the late 1980s with the United States, as well as the subsequent military intervention of the latter country, have only aggravated: to the reduction of the sugar import quotas and of the naval movement (with consequent reduction of the transit duties) by the United States were added the war damages (estimated at about half of the gross domestic product) and the subsequent disruption of the production system.

Under the 1977 agreements, Panama regained full sovereignty over the Canal Zone in 1999, but the abandonment of the US military bases caused some economic damage to the country, as they contributed about 300 million dollars every year. and offered around 5,000 jobs.

As in other Central American realities, massive privatizations are underway and the government pursues a liberal policy that favors openness to foreign trade and attempts to reduce the high public debt. This structural transformation is taking significant social costs and, although the Panamanian economy has in recent years a period of relative growth (in 1998, GDP rose by 3.8 %, while the rate of inflation, equal to ‘ 1, 2 % in the same year, it is the lowest in Latin America), only a small percentage of the population continues to benefit from this, and, according to international estimates, over 50% of families living in rural areas remain in conditions of extreme poverty.

The economy of the republic remains founded on the activity of the homonymous canal and on the income deriving from the merchant fleet. Thanks to fiscal (as well as trade union) concessions, the Panamanian-flagged navy exceeded 89 million tons gross tonnage (1998) and is therefore by far the largest in the world (Liberia follows in second place with 58.7 million t of gross tonnage). The permissive Panamanian legislation has also favored the inflow of foreign capital (105 banking institutions currently operate in the country) and Panama has now definitively established itself as one of the main offshore financial centers. Overall in 1997, he service sector has participated in the formation of the gross domestic product for 73, 6 %, with an equally important finding employment (over 64 % of the working population).

Agriculture and industry remain secondary activities. The first still today presents the traditional split between a subsistence sector, unable to meet internal needs, based on small peasant ownership and only recently supported by capital and government interventions, and a more advanced commercial sector, aimed at export. of plantation products, where large estates prevail and for which there is a large use of foreign capital. The manufacturing industry is restricted to very few sectors, among which the processing of agricultural and livestock products prevails; there are also some cement factories and oil refineries.

The trade balance is clearly passive; despite the thinning out of relations, the United States remains the main partner (36.9 % of imports and 46.2 % of exports in 1997).