Papua New Guinea. A Kurdish refugee in the criticized detention camp on the island of Manus in Papua New Guinea received Australia’s most prestigious literary award at the beginning of the year, the Victoria Prize. On mobile, Behrouz Boochani had secretly authored an autobiography and described the conditions in the camp. He had sent the text in messages to Australia, where he was not allowed to enter and therefore was unable to attend the awards ceremony.

The camp on the island of Manus, to which Australia sent boat refugees, was emptied during the year on asylum seekers following a court decision on human rights violations.

Papua New Guinea was described as the world leader among developing countries in terms of small-scale solar energy during the year. The country is one of the most inaccessible in the world for the extension of traditional electricity networks, where only 13% of the residents have fixed networks. Eight out of ten residents live in villages, often very remote, where the distribution of mini solar panels has increased dramatically. Of the country’s households, 60% were reported to have access to portable solar power. Photogen lamps are replaced by LED lamps, mobile phones can be recharged and fans cool in the heat.

Finance Minister James Marape resigned in April in conflict with Prime Minister Peter O’Neill. Marape was critical of the government’s agreement with French Total on a new gas project and considered it to disadvantage Papua New Guinea.

Gas export had created political conflict for a long time. An existing giant project outside the capital Port Moresby was criticized for increasing government debt but not benefiting the poor population. High crime and severe corruption also dissatisfied, and several ministers followed in Marape’s footsteps and resigned in protest against O’Neill’s leadership.

MPs also withdrew their support, O’Neill lost his majority and resigned. Parliament elected Marape as new prime minister. He claimed that Papua New Guinea would become the world’s richest “black Christian” nation in ten years, which, critics say, would require 30% economic growth each year. Despite its wealth of minerals, oil and gas, Papua New Guinea was in 153rd place of 189 in terms of development, according to the UN.

In June, the Ulawun volcano in New Britain suffered a major eruption. According to meteorologists, ash was thrown 18 kilometers into the air. Homes and farms were destroyed, and over 10,000 people fled their homes.

The country was shocked in July by massacres in two villages in the highlands, where 25 people were killed in the new prime minister’s constituency. Some had been shot to death, others had been crushed as revenge.

In September, the political opposition went to the Supreme Court to question the election of James Marape as prime minister. It was argued that the nomination process in Parliament was not right.

At the same time, police announced that Deputy Prime Minister Peter O’Neill would be arrested on suspicion of corruption. An arrest warrant was issued, but O’Neill refused to cooperate. Then it was stated that the police withdrew the arrest warrant.

For two weeks in November and December, a referendum was held on the island of Bougainville, when close to 98% of voters said yes to Papua New Guinea’s independence. The result is not binding and the Papuan Parliament has the final say in the matter. 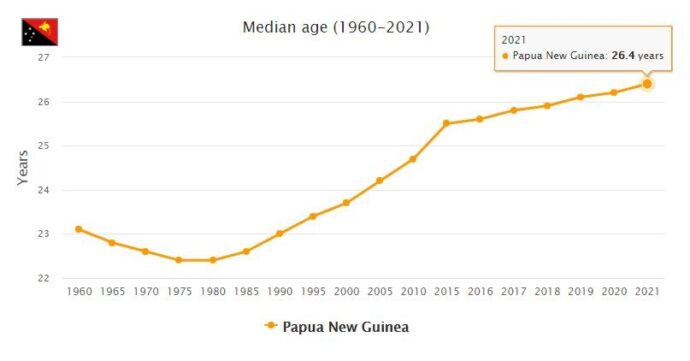