Romania. At the New Year, Romania took over as President of the EU Council of Ministers, at the same time shaken by political strife and corruption. There was a dispute over the judiciary’s independent middle president and opposition on the one hand and the Social Democratic PSD-led government on the other. PSD leader Liviu Dragnea was convicted of abuse of power and electoral fraud, and he ran a bill on impunity and amnesty, including for such crimes he himself was convicted.

When the country became EU president, protests against Dragnea and the government were held with slogans like “Leave!” and “We want Europe, not dictatorship!”.

The acting head of the anti-corruption agency DNA resigned in January, saying she was unable to do her job. She had succeeded Laura Codruța Kövesi, who was dismissed by the government after prosecuting several PSD politicians.

The government decided by decree that anyone convicted of corruption after 2014 can appeal against the Supreme Court’s decision. This included judgments against Dragnea and other PDS politicians. The decision sparked popular anger with protests in Bucharest and other cities.

By decree, the government was able to avoid the appeal and trial in the Constitutional Court. The decree also strengthened government control over judges, leading to demonstrations by hundreds of judges outside courts. They also quit the job in protest. President Klaus Iohannis criticized the decree, and the European Commission expressed concern.

Former Prime Minister Mihai Tudose, at the beginning of the year, left PSD in protest of what he described as Dragnea’s kidnapping of the party for personal ambitions. Tudose joined For Romania, formed by defectors from PSD.

Romania’s conflict with the EU worsened when the government launched a criminal investigation into two EU commissioners for abuse of power and slander of Romania. It was about the EU’s criticism that the government weakened the judiciary’s ability to fight corruption.

The deposed head of the anti-corruption agency Kövesi was questioned, accused of corruption and abuse of power. When Kövesi simultaneously became a candidate for a new post as chief prosecutor in the EU, the Romanian Minister of Justice wrote to his EU colleagues and accused her of secret cooperation with intelligence services.

The government took away certain powers from the state prosecutor and other prosecutors, which among other things increased the government’s control over the investigation of Kövesi. This led to protests from judges, prosecutors and thousands of other Romanians. Prosecutors threatened with strike, and the Justice Minister partially backed out the decision.

However, Kövesi was placed under special legal control, banned from speaking to the media and given a travel ban. She appealed to the Supreme Court, which granted her the right. The European Parliament supported Kövesi as the EU’s new chief prosecutor, the Romanian government protested, but later in the year Kövesi was approved as head of the prosecutor’s cooperation, which is primarily to combat abuse of EU grants.

The dissatisfaction with the corruption and the weak economy caused many Romanians to emigrate. In three decades since the fall of communism, Romania had lost 3.5 million residents.

In March, President Iohannis sent the government’s draft budget back to Parliament, considering that it was based on air figures and was based on a joy forecast for GDP growth, with the EU instead forecasting 3.8%.

Several hundred kilos of cocaine were seized during the spring in the Danube delta and on and on the Black Sea. Romania is a transit country for cocaine from Latin America to Western Europe. The drugs that were taken were estimated to be worth several billion SEK.

Parliament voted in April for a shorter sentence and a term for corruption, including PSD leader Dragnea’s crimes. The EU threatened Romania with sanctions, and the president reported the legislative changes to the Constitutional Court, which rejected them.

In the EU elections in May, the PSD stepped back and the opposition stepped forward. In a parallel referendum that the president proclaimed, just over 80% said no to the government, through decrees, could impose impunity and amnesty for corruption offenses, as well as other changes in the judiciary.

In May, the Supreme Court ruled on three-and-a-half years in prison against PSD leader Dragnea for abuse of power. With the country’s most powerful politician in prison, the opposition demanded the resignation of the government. However, Prime Minister Viorica Dăncilă remained and was elected new leader of the PSD.

The government bowed to the referendum, withdrew the disputed decrees on the judiciary, and now said it wanted to prioritize health care, education and infrastructure.

The opposition still demanded mistrust in Parliament, but the government won that vote.

The murder of a 15-year-old girl in July aroused strong reactions and led to the departure of the chief of police and the interior minister following a criticized police operation. The Minister of Education also had to resign since her statement could be interpreted as the girl having to blame himself.

In August, the Liberal Conservative Party Alde left the coalition with the PSD, which then lost the majority in parliament. In October, since then, the government fell into a vote of no confidence in Parliament.

National Liberal Party (PNL) leader Ludovic Orban was appointed new prime minister and formed a minority government, which was supported by four more parties in parliament. In November, it was approved by 240 of 465 members.

This allowed Romania to nominate a new candidate as Romanian EU Commissioner. The candidate of the PSD government had been rejected in the European Parliament due to unclear economic dealings.

In the November presidential election, incumbent President Klaus Iohannis won in the first round before the resigned Prime Minister Viorica Dăncilă, PSD. They both went on to a second round, where Iohannis was re-elected with superior numbers, 66% of the vote against just under 34% for Dăncilă. 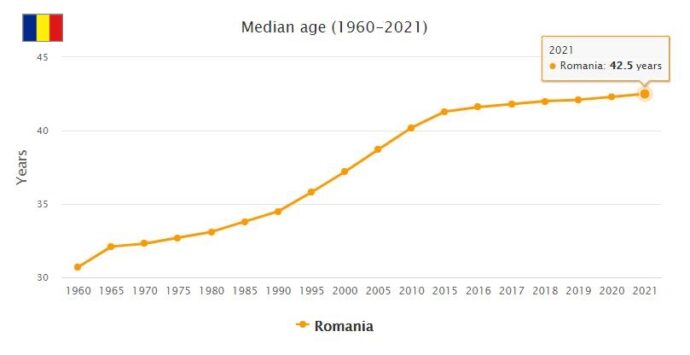