Serbia. Opposition Alliance for Serbia (SZS) conducted throughout the winter, every Saturday and with thousands of participants, protest marches demanding the resignation of President Aleksandar Vučić and free and fair elections. The protests began on December 8, 2018 after the leader of a small left party was attacked and beaten in connection with a political meeting. SZS said that it was Vučić and the ruling Serbian Progress Party (SNS) that were behind the attack and that the president has become a monarchical ruler with control over the media. In March, the protesters stormed the state television station RTS in Belgrade, and outside the presidential palace, police used tear gas to disperse the crowds. Despite the protests, Vučić refused to resign. “I’m not afraid,” he said.

Serbia’s EU membership is delayed. According to France’s President Emmanuel Macron and German Chancellor Angela Merkel, the conflict with Kosovo must be resolved if we are to move forward on the path to future EU membership. The situation did not improve since Kosovo in November 2018 decided to impose 100 percent tariffs on goods from Serbia.

In anticipation of membership, Serbia instead formed a “mini-Schengen” together with Albania and Northern Macedonia. The agreement, which was signed in the Serbian city of Novi Sad in October, entails freedom of passport from 2021 between the countries as well as freedom of movement in both services and goods and capital. It is hoped that Bosnia, Kosovo and Montenegro will also join. In addition, Serbia signed an agreement on the accession to the Russian-Eurasian Economic Union (EAEU) in the same month, which includes Armenia, Belarus, Kazakhstan, Kyrgyzstan and the Russian Federation. Serbia thus became the first country outside the old Soviet Union to become a member of the EAEU. The agreement was not seen openly by the EU, and when and if Serbia becomes a member of the EU, the EAEU must be left out as this is not in line with EU statutes.

In March, Bosnian Serb leader Radovan Karadžić was sentenced to life imprisonment for the crimes committed during the Bosnian war of 1992–95, including the Srebrenica massacre. In 2017, he was sentenced to 40 years in prison for genocide, war crimes and crimes against humanity by the International Criminal Tribunal for the Former Yugoslavia in The Hague (ICTY), but now the UN Court tightened the MICT penalty. 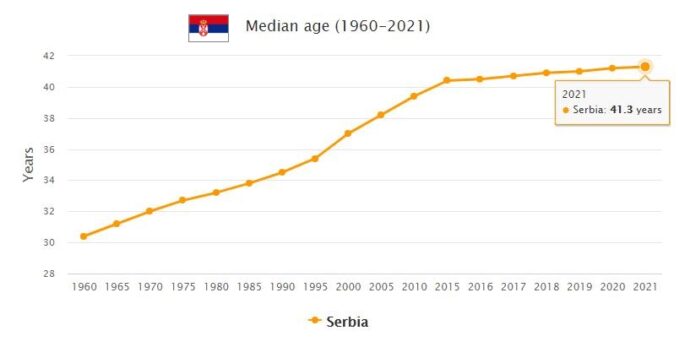