Sierra Leone. In February, President Julius Maada Bio announced a “national disaster” in an effort to address the widespread sexual violence in the country. More than 8,500 sexual and gender-based abuses were reported in 2018, almost doubling compared to the previous year. However, only 26 people were sentenced for this type of crime in 2018. The victims are usually under 20 years and in every fourth case under 15 years. It was now decided that a special police unit should be created and a special court for sexual crime cases established. Stronger punishments are also on the agenda, especially for sexual abuse of minors, which in the future can be punished with life imprisonment.

In April, a report was presented in which President Ernest Bai Koroma and his government were accused of embezzlement. More than the equivalent of US $ 1 billion should have been shed during the years 2007-18. Ten MPs from the opposition party The General People’s Congress lost their seats in parliament in June following a decision in the High Court. The Court considered it to be evidence that the accused had been guilty of harassment by political opponents and used public funds in their election campaigns. The mandate went to candidates from the ruling Sierra Leone People’s Party. This thus gained its own majority in Parliament.

A parliamentary and presidential election was held in November 2012. The election was won by the All Peoples Congress (APC) government party, which went eight seats and got 67 out of the parliament’s 124th. The Sierra Leone People’s Party (SLPP) was given 42 seats, with 12 seats for appointed chiefs and 3 empty seats. Koroma regained the presidential post with 58.7% of the vote, while SLPP’s Julius Maada Bio gained 37.4%. At its deployment, Koroma invited the opposition to participate in drafting the legislation for the benefit of the country.

In 2014, Sierra Leone was hit by the West African Ebola epidemic. The first case was registered in Guinea in December 2013, but only in March 2014 did the authorities and the WHO recognize that it was Ebola. The first case in Sierra Leona was registered in May 2014. It was a traditional healer who had been to Guinea to try to cure the infected. Then the infection spread rapidly. People who have just died from Ebola are highly infectious, and since it was the tradition to wash the dead, the infection quickly spread. At the local hospital, 12 nurses died over the next month’s time, despite the hospital having an isolation ward. Just 14 after the first outbreak, the area was declared in a state of emergency, schools closed and the borders of Guinea and Liberia closed, but the locals used their own paths across borders, so the isolation was laid from perfect. On July 11, the disease reached the capital of Freetown and on July 29, the country’s only expert in the disease died. The next day, the whole country was put in an emergency and the military was ordered out to guard critical points. On 19-21. In September, 72 hours of total curfew were introduced in the country, and at the same time 28,500 specially trained health aides were sent out to visit all homes to give information on how to prevent infection. At the beginning of October, it was estimated that the number of infected people in the country would double every 20 days. The epidemic continued to grow exponentially. On October 8, all of the country’s funeral teams went on strike, which had otherwise been running around, collecting the dead and burying them. In October, the country was running out of both medicine and health professionals, but at the beginning of the month, Cuba sent 160 health workers to strengthen the 60 who had already arrived in September. In mid-November, WHO announced that while the number of cases in Liberia and Guinea had flattened, the number continued to grow exponentially in Sierra Leone. The pathways of infection were out of control and the disease had spread to all districts of the country. Part of the reason was apparently the tradition of washing the dead – a safe way to get infected – and in December the government therefore passed a law prohibiting the washing of the dead by imprisonment. In order to reduce the pressure on the health system, MSF distributed DKK 1.5 million in mid-December. malaria cases in Freetown and its environs. From early December, authorities began implementing a total curfew for 14-day periods in several districts. It stopped exponential growth and by the end of the month, the first district could be declared Ebola freely. By mid-December, authorities hoped the country’s schools could reopen for March. They would then have been closed for 9 months. By then, 10,340 cases of Ebola had been recorded and 3,145 had died. More than in any other West African country. 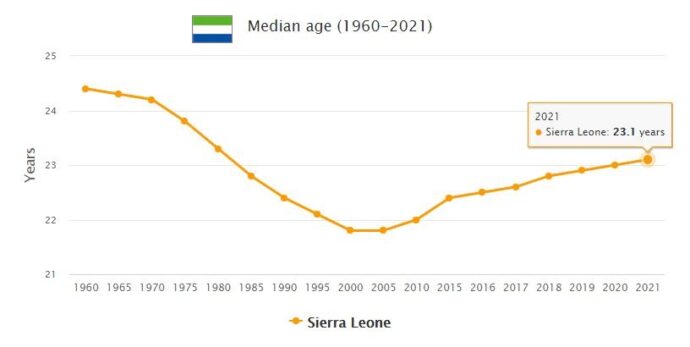