Solomon Islands. An oil tanker was on the ground outside the Solomon Islands at the beginning of the year, and UNESCO’s world heritage site on the coral island of Rennell was threatened by a large oil spill of 80 tons. The government asked for help from Australia to prevent an additional 600 tonnes of oil leakage.

UNESCO had previously warned that the island was threatened by logging and timber exports to China. Later in the year, a new environmental disaster occurred when about 5,000 tonnes of bauxite from the island’s mine landed in the sea and colored the sea red. The population was warned to eat fish, but many had no alternative food.

Two-thirds of the country’s exports go to China, and before the April parliamentary elections it was discussed to break with Taiwan and instead establish diplomatic relations with China.

In the election, more than two-thirds of Parliament’s members were replaced. The new Democratic Party won the election with just over 13% of the vote and eight seats. Seven other parties split on 21 seats, and the other 21 seats went to independent candidates. Former Deputy Prime Minister Manasseh Sogavare was supported by 34 members and was appointed as head of government for the fourth time. Sogavare had been suspected of bribery, and the choice of him triggered riots. About 50 people were arrested by police.

Sogavare’s new government wanted to break with Taiwan in favor of China. It worried Australia, whose prime minister came to the capital Honiara for talks. The United States also tried to influence to curb China’s influence.

However, Sogavare explained that China’s resources for infrastructure investment were greater than Taiwan’s, and in September Parliament voted through the Solomon Islands’ break with Taiwan in favor of China. This led to reactions in the realm, where increased immigration and investment from China were met by protests earlier. Asian companies dominate timber exports, mining, fishing and trade in Honiara.

US Vice President Mike Pence canceled a planned meeting with Sogavare. The US also threatened to reconsider its assistance to the Solomon Islands. But Australia promised to help strengthen the border’s border control and underlined the importance of the two countries’ cooperation.

Sogavare visited Beijing in October and signed several cooperation agreements. Secretly, a state-owned Chinese company had also signed an agreement with a provincial government in the Solomon Islands to lease the small island of Tulagi for 75 years. The plan was to build, among other things, an airport and port, which could become a naval base. It triggered reactions from both locals and the government as well as the great power of the US. The Sogavare government declared the agreement illegal. 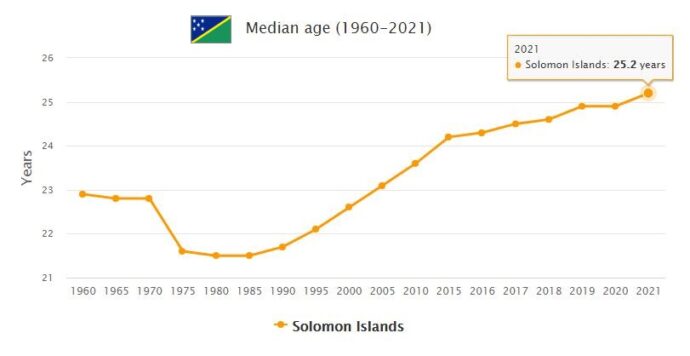