Tanzania. In January, Parliament passed a legislative amendment that gave a government-appointed registrar the power to deregister political parties and sentence prisoners to unapproved civic campaigns. According to the opposition, it was the criminalization of political activity that led to one-party rule, since the government previously restricted freedom of assembly, imprisoned opposition and banned certain newspapers.

A court in Dar es-Salaam sentenced a Chinese woman and two employees in February to 15 years in prison for smuggling 860 elephant baits from Tanzania. The so-called ivory queen had organized smuggling to Asia for years. The convicted will pay damages equivalent to approximately SEK 1.2 billion.

One of President John Magafuli’s harshest critics was arrested in February on charges of rioting. It was Halima Mdee, chairman of the opposition party Chademas Women’s Association. She was released on bail. Her party leader Freeman Mbowe was also released after being arrested on charges of illegal protests.

In March, 65 people were arrested for taking part in ritual murders of at least ten children whose bodies had been mutilated. According to the Minister of Health, it was a matter of superstition, where body parts from albinos are considered to produce magical powers. The arrested were described as witch doctors. According to the UN, murders of albinos have become more common in recent years.

According to a report by the IMF, the government of Magufuli undermined economic growth with its policy. The government tried to stop the publication of the report, but it leaked. The IMF lowered its forecast for growth in 2019 from the government’s 7.3% to about 4.5%.

In May, a young activist from Chadema was found beaten and unconscious after being carried away by armed men. The man was a critic of President Magufuli on social media. Chadema accused the security services of the attack. Several activists had been attacked in recent years since they criticized the government.

The Swedish Minister for Development Cooperation visited Tanzania in May and said that Swedish aid could be affected if the political repression continues.

President Magufuli said in July that Tanzanian women should give birth to more children and increase the population to strengthen the country’s economy. Critics said it would instead increase inequality and poverty. Tanzania has one of the highest birth rates in the world, more than five children per woman, increasing the population by about 2.7% per year. The country’s schools are overcrowded and youth unemployment is high.

A well-known investigative journalist, Erick Kabendera, was arrested in July on charges of money laundering, tax fraud and organized crime. Kabendera saw it as revenge for his work and part of the regime’s repression of the media. Another reviewing journalist disappeared in 2017 and has not been found. The cabender’s trial was postponed time and time again, despite the lawyers’ request for prompt treatment and warning that his health was deteriorating in his detention. The prisons are overcrowded and the conditions there bad. Anyone charged with money laundering cannot be released on bail, which is why it is used against regime critics.

In August, at least 100 people died after a tanker truck exploded west of Dar es-Salaam. Most of the victims had tried to drop fuel from the leaking tanker, which had crashed. Many others suffered severe burns.

Tanzania and Burundi agreed that more than 180,000 Burundian refugees in Tanzania should be sent back to their home country. The repatriation began in October and would continue with 2,000 refugees a week.

In September, the opposition boycotted Parliament when a member of the ruling Revolutionary Party (CCM) was sworn in after winning a filling election. The election was held after Chadma’s member was excluded from parliament after his absence due to hospital care. The politician had a long recovery after being subjected to murder attempts.

In October, the country’s highest court of appeal made a historic decision banning child marriage. The government had appealed an earlier decision to raise the marriage age for girls from 15 to 18, but now the appeal was rejected. The law would come into force within a year. For boys, the marriage age was already 18 years. Thus, child marriage is banned in Tanzania, where about 40% of girls have so far married/given away before the age of 18. 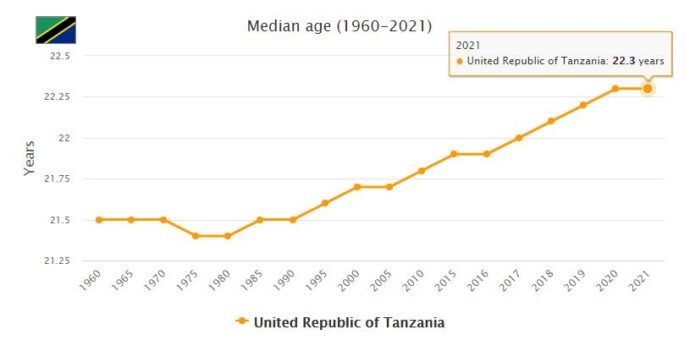