Togo. In May, Parliament passed a contentious law stipulating that the President cannot sit for more than two five-year terms. But the amendment does not include the three periods President Faure Gnassingbé has been in, which means that he can theoretically remain until 2030. He is expected to run again in 2020. Other amendments included giving presidents immunity. The changes have been preceded by protests for several years. In April, a demonstrator was killed in northern Togo, others arrested.

The proposal went through easily as Gnassingbe’s Party of Assembly for the Republic (UNIR) has a satisfactory majority in the National Assembly, as the main opposition parties boycotted the 2018 elections.

In June, the first local elections were held in 32 years. UNIR won about 60% of all places.

Parliament decided in August to limit the right of demonstration. Demonstrations are not allowed, for example, near public buildings and may only take place during the day between 11am and 6pm. 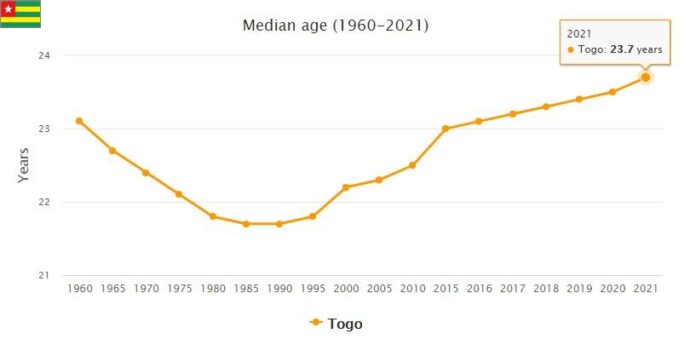 History. – In December 1979 EG Eyadéma, in power since the 1967 coup, was re-elected to the presidency, as the sole candidate of the Rassemblement du Peuple Togolais (RPT), and passed a reform of the Constitution (proclamation of a “Third Republic”) trying to formalize and legitimize one’s highly personalistic power. The spaces of opposition remained small and a rigid security system had the task of preventing the organization of internal political dissidence. The family of the former president S. Olympio continued to animate the protest against the regime from abroad, founding a Mouvement Togolais pour la Démocratie (MTD). The early 1980s saw some stabilization of the internal situation, and the regime’s attention turned to the country’s economy, whose importance as a regional traffic center was expanding. The relative tranquility of the internal situation benefited the international image of Togo and Eyadéma, who was very active on the diplomatic and inter-African level (mediation of the conflict in Chad in 1980, visit to the USA in 1983). Lomé became the usual venue for major international conferences and the Togo assumed a leading role in fostering cooperation between French-speaking and English-speaking African countries. The elections to the National Assembly, which were held in March 1985, saw multiple candidates competing for 77 seats for the first time, although the TOR remained the only legal party formation.

In August and December 1985 a series of attacks in Lomé provoked a repressive squeeze, and Ghana (with which the question of the ethnic unity of the Ewe remained open) was accused of complicity with the Togolese subversion. In 1986 Eyadéma prevented Amnesty International from investigating allegations of torture of political prisoners. In 1986 and 1987 several opponents were pardoned. In September 1987, a thwarted coup attempt stiffened relations with Ghana and Burkina Faso. The borders with Ghana were closed, and French contingents (on the basis of a secret defensive pact) and Zaireans were called to garrison the country. In a short time the tension subsided, without hindering the holding of the Franco-African summit in Lomé in November.

Meanwhile Eyadéma had been re-elected to the presidency for a subsequent seven-year term (December 1986). Although the events of September 1987 had provoked a repressive squeeze, he continued his policy of reconciliation. Meetings were held periodically between the president and the leaders of the dissolved parties since 1967. In January 1988, a new amnesty resulted in the release of 296 detainees. Relations with Ghana and Burkina Faso normalized.