Tonga. In September, the country’s prime minister, ‘Akilisi Pohiva, passed away at the age of 78. Pohiva spent much of the year in Auckland, New Zealand, where he was treated for liver problems. Former teacher Pohiva was for a long time a central figure in Tonga’s democracy movement and was elected to parliament for the first time in 1987. There he worked for democratic reforms which in 2010 became reality when constitutional changes transferred executive power completely from the king to the government. Pohiva led the Friendship Islands Democratic Party (DPFI) to election victory in 2014 and became associated with this Prime Minister. He remained after the election victory in 2017. Over 3,000 people attended the state funeral that Pohiva was honored. As new head of government, Parliament elected Finance Minister Pohiva Tu’i’onetoa, who received more votes than Acting Prime Minister Semisi Sika. A key to the victory is believed to have been that Tu’i’onetoa earlier this week, along with three other members, left the DPFI. Tu’i’onetoa then formed a new party called the People’s Party. He was formally sworn in as prime minister in early October. The next parliamentary election is scheduled for 2021.

In March, plans to build Oceania’s largest solar power plant on the main island of Tongatapu were announced. The project will be realized with the help of the Asian Development Bank, Australia and New Zealand. Already in July this year, the country’s first solar power plant, which is not connected to the public electricity grid, was inaugurated. The plant will provide renewable energy to the approximately 750 residents of the northern Niuas Islands. 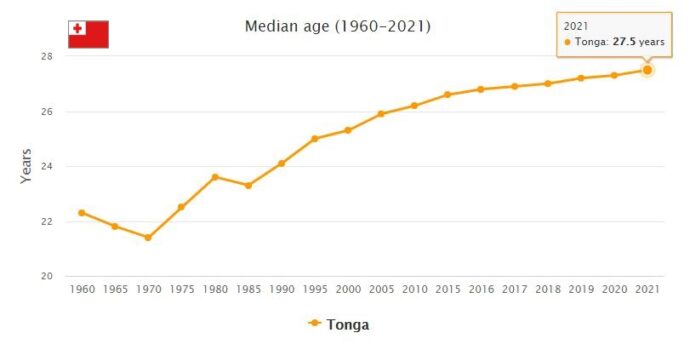 Tonga Island state of Oceania, located in the western central Pacific, with Nuku’alofa as its capital. The territory is made up of more than 150 islands; the population is mostly concentrated in the two major islands, Tongatapu and Vava’u. Reached by the Dutch in 1616, in 1845 the islands of Tonga were united into a single kingdom under George Tupou I, founder of the since then reigning dynasty; the State became a constitutional monarchy with the promulgation of the Constitution of 1875. British protectorate from 1900, the country became independent within the Commonwealth in 1970. Subjected to an absolutist regime, Tonga started a process of democratization during the nineties, culminating in 1994 with the birth of the first opposition party, the reformist People’s Party (since 1999 Movement for Human Rights and Democracy); however, the royal prerogatives remain unchanged (the Parliament is made up of 30 seats, 12 of which are assigned by direction, 9 for the nobles and only 9 for the electors). In April 2005, a new political group was formed, the People’s Democratic Party, with the intention of accelerating the reform process; in 2006, therefore, the appointment of Prime Minister F. Sevele (b. 1945), who does not belong to the royal family, marked a cautious democratic turning point in the country. In 1999 Tonga was admitted to the UN and in July 2007 to the World trade organization.