UK. Also during this year, the news flow was dominated by the Brexit debate – the difference from previous years was that this year it seemed to have reached the end of the road. On December 20, the British lower house approved Prime Minister Boris Johnson’s new Brexit legislation. The date for leaving the EU was set to 31 January 2020. But it was a long and crooked road to get there.

At the beginning of the year, Prime Minister Theresa May tabled a Brexit proposal that was voted down by Parliament by a wide margin – only 202 of its members voted in favor of the proposal, while a total of 432 (of which 118 in May’s own Tory Party) voted no. It was the biggest defeat to date for a sitting government in Britain’s democratic history, which naturally led Labor leader Jeremy Corbyn to demand a vote of no confidence. May managed this, but not by any major margin.

At the end of January, Parliament voted down a proposal to postpone Brexit until March 29. They also voted in favor of a proposal that would exclude a contractless Brexit. Also in March, Theresa May’s Brexit agreement was voted on, this time for an “improved agreement”. Again, it was a defeat for the Prime Minister – 391 MPs voted no to May’s exit agreement against jasidans 242. It was better than the vote in January, but still a stinging defeat. In a vote one day later, on March 13, Parliament again voted to leave the EU without agreement. The vote figures were 321 no against 278 yes – another defeat for the Prime Minister, as she would rather have a contractless Brexit than no Brexit at all.

This led to the extension of the exit date to March 29. The new date was set for April 12, but no later than June 30 – provided the UK Parliament accepted May’s draft exit agreement by March 20. This also happened and the European Council President Donald Tusk applied to extend the exit from the EU from 29 March to 30 June. At the same time, Prime Minister May announced that she wanted a third vote in Parliament on the Brexit agreement. When the British Parliament voted for May’s Brexit agreement for the third time, it was again a no – 344 no against 286 yes. May now promised to resign – as soon as her agreement was secured.

In early April, a series of Brexit voting took place in Parliament. First out were four alternative Brexit proposals: a customs union with the EU, an agreement similar to that of Norway with the EU (though better), a referendum and a withdrawal of the application for exit from the EU. All proposals were rejected. In order to prevent the country from being forced to leave the EU without an agreement on April 12, Parliament voted yes (313 yes to 312 no) to a proposal to block a contractless Brexit. In addition, the government was forced to ask the EU for an extension of withdrawal unless an agreement was in place before April 12, when the UK would be expelled from the EU without an agreement. On April 10, EU leaders agreed to offer Britain the opportunity to postpone the EU exit until 31 October.

After a vote among 160,000 Tory members, it was clear on July 23 that Boris Johnson was the new Tory Party leader and thus also the country’s prime minister after the departing Theresa May. He got a devastating majority: 66.4% (92,153 votes) against Jeremy Hunt’s 33.6% (46,656 votes). Johnson now faced a difficult task as prime minister – holding together a divided party, a divided nation and delivering Brexit on October 31. 55-year-old Boris Johnson, formerly London’s mayor (2008-16) and foreign minister (2016-18), became Queen Elizabeth’s fifteenth prime minister.

The new Prime Minister’s mantra became “Get Brexit Done!” The government was made up of Dominic Raab (Foreign Minister), Sajid Javid (Minister of Finance), Priti Patel (Minister of the Interior), Ben Wallace (Minister of Defense), Liz Truss (Minister of Commerce), Gavin Williamson (Minister of Education), Nicky Morgan (Digital, Cultural, Minister of Media and Sport), Andrea Leadsom (Minister of Energy) and Robert Jenrick (Minister of Housing) and Michael Gove, who became Chancellor of the Duchy of Lancaster, also a British ministerial post. Stephen Barclay retained perhaps the most difficult job: the Minister of Brexit.

At the end of August, Boris Johnson dissolved the parliament in the hope of being able to carry out his Brexit on October 31. The dissolution would be temporary, and it meant that when they returned from the summer break, the members could only be gathered for just over a week. Between 9 September and 14 October, Parliament would be up to date. Johnson’s idea was that MPs should not be able to block a contractual exit from the EU. However, the country’s highest court announced on September 24 that Boris Johnson violated the law when he betrothed parliament. The Court annulled the decision and stated entirely sonically that “the incident did not take place”. The day after the court decision, Parliament was back in place. Johnson now challenged the opposition to arouse distrust of him and to announce new elections. “You have your evening, come on now, come on now!” said Johnson, who just then recalled a twelve-year-old batsman in a school yard.

Prior to that, in early September, the lower house had voted in favor of a bill that meant that the country could not leave the EU without an agreement on 31 October. Johnson was now forced to crawl to the cross and ask the EU for a new Brexit deadline – a huge setback for him as he constantly claimed that October 31 was Brexit Day, with or without an agreement. He now had to eat up his own words that he “would rather be dead in a ditch” than ask the EU for a deadline.

In early October, Prime Minister Johnson presented his “final bid” for Brexit to the EU. The proposal meant “two boundaries for four years”. This meant, among other things, that the open border (backstop) between Ireland and Northern Ireland was removed and that Northern Ireland remained in the EU’s internal market until 2025 – four years after the end of the transition period 2021.

In mid-October, the EU approved the exit agreement with the UK. Prime Minister Johnson noted that “this means that the United Kingdom is leaving fully on October 31 and that Northern Ireland and all other parts of the UK can take full advantage of trade agreements and other”. However, this was not the case.

Johnson had not counted on Parliament. In a vote on October 19, (strangely enough) they voted in favor of a supplementary proposal which meant that they could not vote on the Brexit proposal until they had requested an extension of the exit date. On October 22, Parliament finally said yes to Johnson’s Brexit package – but no to October 31. Johnson, who would have liked to see the country crash out of the EU on October 31, was now forced to ask the EU to extend the date of Brexit to January 31, 2020.

At the end of October, after much screaming from the Prime Minister, Labor leader Jeremy Corbyn agreed that the new election should be held on December 12. The election was an unexpectedly successful success for the Conservative Tory Party – and an equally successful success for Brexit, which will now most likely be carried out on January 31, 2020. The Tory Party landed on 43.6% of the vote and received 365 seats against Labor’s 32.1%, which provided 203 mandates. The Tory Party made its best choice since the 1980s and increased by 47 seats. Labor, which fell by 59 terms, made its worst choice since the 1980s. The Liberal Democrats ended up at 11.6% and got 11 seats (–1 seats); the party leader Jo Swinson lost his seat in July and resigned the day after the election. Labor leader Jeremy Corbyn declared that he too will step down. This will be done in connection with the party leader’s election in early 2020. The turnout was lower than at the 2017 election (68.8%); despite the increased debate climate around Brexit, only 67.3% went to the polls. That it was raining may have played a role.

In the elections to the European Parliament on May 26, the Brexit party, led by Nigel Farage, won the EU election by 30.8% and 29 seats. The EU-friendly Liberal Democrats and the Green Party also made a good choice, ending at 19.8 and 11.8%, respectively. It gave the Liberal Democrats 16 seats and the Green Party 7 seats in the European Parliament. Both Labor and the Tory Party made poor choices – 13.7 and 8.9% (10 and 4 mandates, respectively). In Scotland, the Scottish Nationalist Party (SNP) got 3 seats, in Northern Ireland Sinn Fein, the Democratic Unionist Party (DUP) and the Alliance Party got 1 seat each, and in Wales, Plaid Cymru won 1 seat. The turnout was (naturally) very low, only 37.2%.

The local elections in England and Northern Ireland on May 2 became a major setback for the Tory Party, which lost over 25% of its representatives in council (councilors). The party lost power in 44 municipalities (from 137 to 93). Things went better for the Liberal Democrats, who increased their representatives by over 30% and took power in 18 municipalities (+10). In Northern Ireland, the DUP reversed while the Liberal Alliance Party rose.

Despite the change of prime minister during the summer, it can be announced that the cat Larry was allowed to stay on Downing Street in the role of “Supreme Mouse Prisoner for the Government of the United Kingdom of Great Britain and Northern Ireland”. 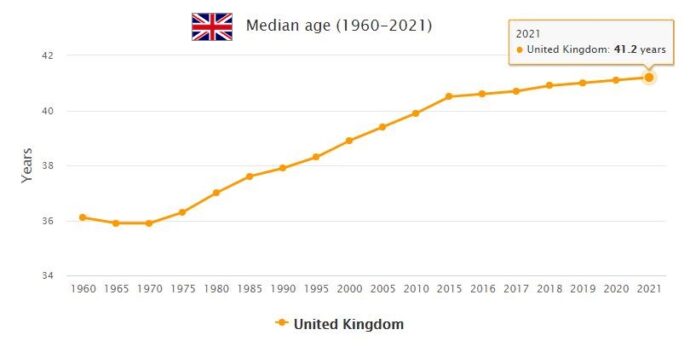