Venezuela. On January 23, the President of the National Assembly, Juan Guaidó, proclaimed interim president of Venezuela. He was immediately recognized by the United States and several countries in the region. But despite his promise of amnesty to the military officers who stood on his side, his call for rebellion against President Nicolás Maduro, who broke diplomatic relations with the US and gave US diplomatic personnel 72 hours to leave the country, was not heeded. Talks started in Barbados between government and opposition, and in mid-September Maduro declared that a peace pact had been concluded. But it was only a small faction within the opposition with little influence and Guaidó called the peace pact a political maneuver.

One month after Guaidó’s action, riots erupted on the border with Colombia as emergency relief convoys attempted to enter the country, and in a similar riot five people died on the border with Brazil. On April 30, Guaidó led a regular uprising, and despite claiming to have the military behind him, it quickly ebbed. In mid-November, the protests in support of Guaidó gained new momentum, but did not lead to any breakthrough.

At the same time as the political crisis remained unsolved, the economic crisis deepened. In mid-October, the minimum wage was raised for the third time during the year, now by no less than 375% to compensate for the price increases. But the wage increase only contributed to further inflation and eroded purchasing power due to the currency’s low value and falling commodity production. According to the opposition, the minimum wage after the increase was no more than $ 7.60 a month, while a basic shopping basket cost $ 250. Full-year inflation was estimated by the opposition at 3,326%, while the International Monetary Fund (IMF) predicted it at 200,000%. The situation was made worse by the US decision in early August to impose stricter sanctions, and even before that, oil production had begun to decline continuously.

On March 7, Venezuela suffered the worst power outage in the country’s history. Electricity disappeared in three quarters of the country’s territory and the interruption lasted for a week. This had considerable consequences: payments by debit card stopped completely, which created havoc as the country’s currency is so low valued that no one uses cash. According to the opposition, 17 people died in hospitals around the country. President Maduro accused the United States, the opposition-dominated Congress, and Juan Guaidó in particular, of trying to carry out an “electromagnetic coup”.

2019 The United States tries the coup

In 2002, the United States attempted to conduct a coup in Venezuela. It failed. In January 2019, the superpower tried again. At the beginning of the month, 35-year-old Juan Guaidó was named president of the parliament, and after close negotiations between him and the US government, he declared Venezuela’s president at the end of the month. There were no instruments in Venezuela’s constitution that gave him this right, so the step didn’t matter. But minutes after his “appointment,” he was recognized as President of the United States and subsequently by a number of right-wing radical regimes in Latin America: Brazil, Colombia, Argentina, Chile. Abroad’s “recognition” of the illegitimate president illustrated the gradual dissolution of the international legal order that had taken place since the dissolution of the Eastern Bloc and the Soviet Union in 1989-91. Historically, this type of arbitrary “recognition” without international or democratic basis has formed the basis for wars. The EU did not immediately recognize Guaidó as president, but instead called for negotiation. Russia, China, Turkey, Mexico, Cuba and Uruguay denounced the US coup attempt and refused to recognize Gauidó’s arbitrary appointment. So did New Zealand, while Australia supported the coup attempt. Denmark, too, broke the EU’s foreign policy line and recognized the coup president. Denmark’s foreign policy was for 50 years until the end of World War II in the pocket of Germany, and has been in the pocket of the United States ever since. Guaidó conducted demonstrations in Venezuela in support of the coup attempt, but similar demonstrations were conducted by the country’s elected president Maduro, which the military also supported. In frustration over the slow progress of the coup attempt, the United States threatened military intervention and initially frozen the state oil company PDVSA’s US funds: $ 7 billion USD. At the same time, the government announced it would no longer pay for oil imports from Venezuela. Until then, the United States was Venezuela’s largest customer for petroleum products and declined to $ 11 billion. US $ annually. The Venezuelan Supreme Court, in turn, froze Guaidó’s financial resources and imposed a ban on him leaving him under investigation for crimes against the state. In the discourse of the international bourgeois media, Maduro had lowered Venezuela and had to be removed. It was passed in silence that the economic crisis in Venezuela was due to US economic sanctions against the country, economic sabotage on the part of the bourgeoisie and dramatic drop in oil prices over the previous 5 years. Chile, leading up to the military coup in 1973. The West thus once again showed its disdain for the national right of self-determination. 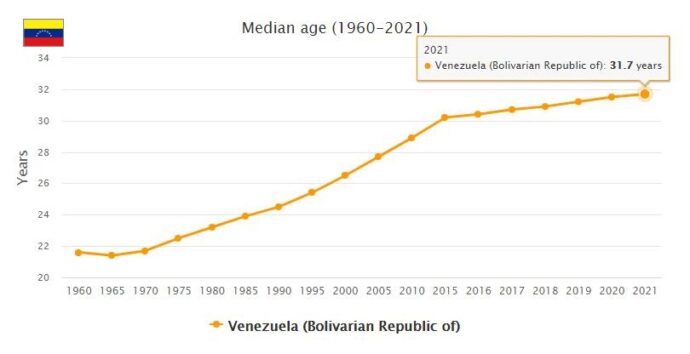