Portugal. At the beginning of the year came a report from the OECD that Portugal was well on its way out of the economic crisis. Unemployment had now fallen from over 16% to below 7%. The reasons were that things went better for the export industry and that the tourism industry increased. Nevertheless, the country was in second place in the EU when it came to the budget net, a budget deficit of –3.0%, only slightly better is neighboring Spain –3.1%. See printerhall.com for Portugal tour plan.

At the end of the year, the government presented a budget that showed that the deficit in the state budget would end up at 0.1% of GDP, and where the economy was expected to grow by just under 2% in 2019 and about as much by 2020. That is almost twice the average for EU countries. Prime Minister António Costa also promised to cut government debt from 119% to 100% of GDP.

At the parliamentary elections on October 6, as expected, Prime Minister António Costas won the Socialist Party (PS) and became the largest party with 38% of the vote, which meant 106 of 230 seats in the National Assembly. PS thus strengthened its position but did not gain any own majority. The largest opposition party, the right-wing Social Democrats (PSD), got 29% while the Left bloc got 10%. Turnout was record low, 54.5%. Last year’s newcomer, the Green Party People, Animals and Nature (PAN) made a good choice – from 1 to 4 seats. Prime Minister Costa declared a few days after the election that he will form a minority government and therefore should not seek formal support from the left. Instead, he will seek support from different parties on various issues.

After the parliamentary elections in October, it became clear that Swedish pensioners in Portugal can no longer escape tax on their private occupational pension. The size is not yet determined, but it will not be retroactive. According to the Swedish Minister of Finance, the Swedish government will try to introduce the tax from 1 January 2020 – in the hope that the Portuguese will do the same.

In February, a declaration of mistrust was directed at António Costa and his government because of the many strikes that hit the country. During the past crisis years, the salaries of civil servants had been frozen, including for teachers who now demanded salary increases retroactively. Costa managed the distrust with 115 votes to 103.

Since the political crisis started in Venezuela in 2016, some 10,000 Venezuelans have returned to their roots in Portugal. Of these, a third have settled in the city of Estarreja, just south of Porto.

In March, Portugal signed an agreement with Greece to receive 1,000 refugees and asylum seekers. In the same month, 100 refugees from Greek camps came to Portugal. In April, and also in August, the country was one of four – six that offered to receive refugees from the Italian island of Lampedusa and which Italy refused to accept. In August, Portugal and 13 other EU countries supported a new “solidarity mechanism” in migration policy on the initiative of Germany and France. The idea was that migrants coming to the EU should be distributed among the member states. Exactly how it should go was unclear.

In April, 29 people died on the island of Madeira after a tourist bus carrying more than 50 passengers crashed into a ravine. All the dead were German citizens in their 40-50s.

During the summer, Portugal was devastated by severe forest fires, especially in July north of the capital Lisbon, in the same area that was severely devastated in 2017 and when dozens of people perished. More than 1,700 rescue workers and 400 fire trucks participated in the extinguishing work. About 20 people were injured, including eight firefighters. 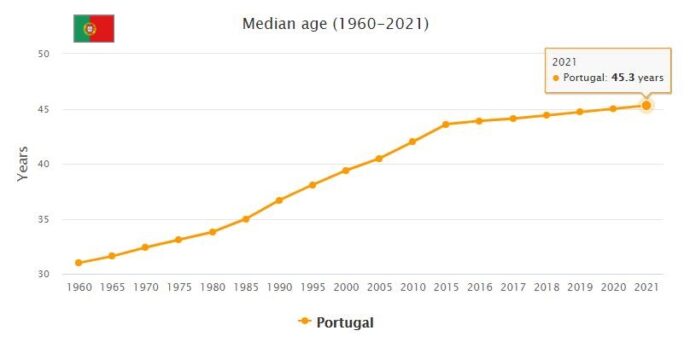